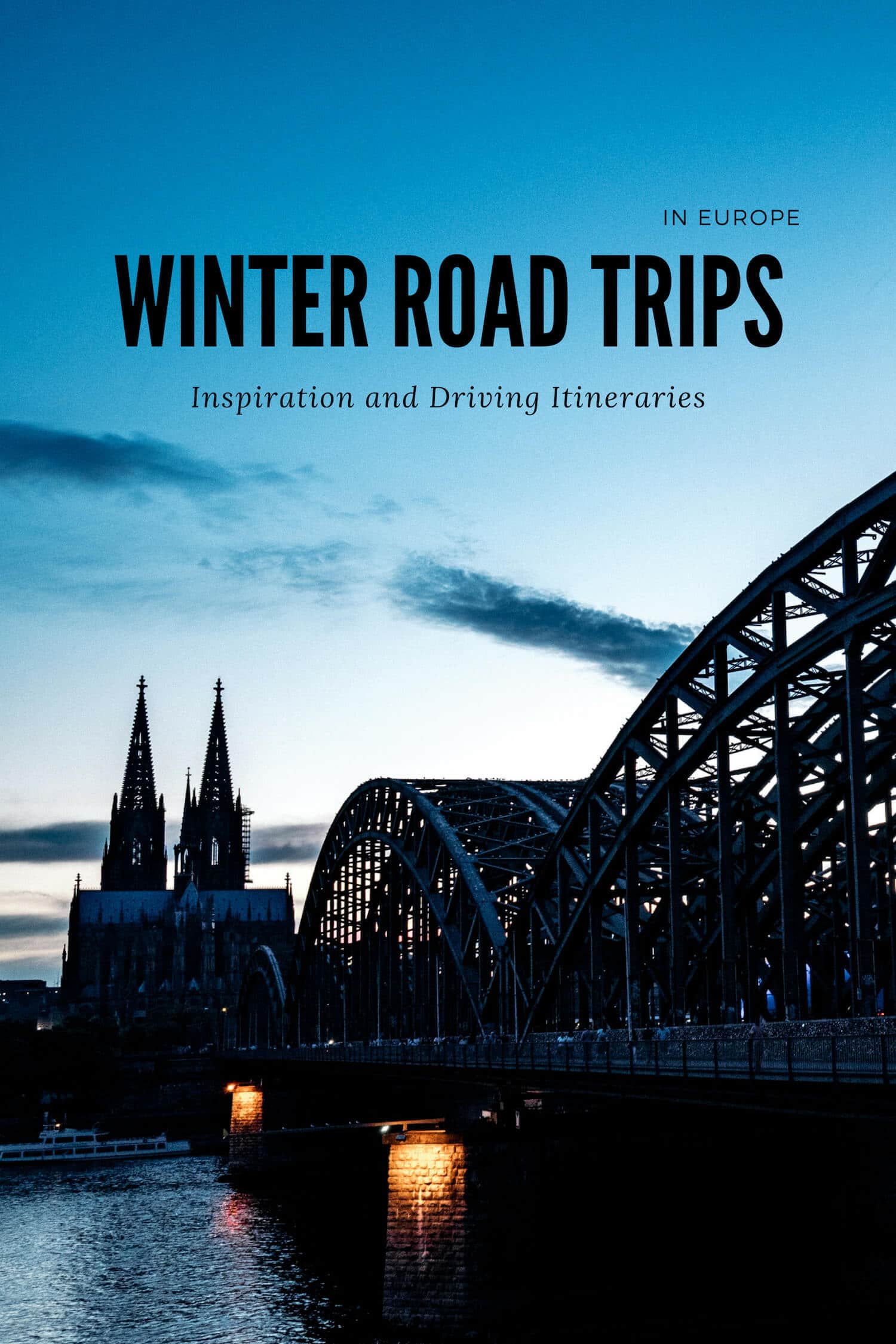 You are braver than I am if you fancy taking a winter road trip in Europe. I’ve taken a few myself and while I don’t mind travelling in winter, in fact I love winter in Europe, I’m not that crazy about driving in the rain and especially not snow.

I’ll never forget one road trip, driving through Germany and Belgium in one of the worst snow storms in history. It wasn’t even a long trip, driving from Cologne across the border to Bruges in northern Belgium. It should have only taken three hours or so but ended up taking more than eight.

The snow must have been unexpected as the motorway wasn’t cleared and traffic was at a crawl. The scariest moment for me was almost running out of petrol thanks to a couple of petrol stations being closed for some reason. I was so relieved when I finally spotted an open station but the road to exit was covered in snow and I couldn’t see the lane markers. I was worried I was going to drive into a ditch and never get out.

I remember eventually making it to Bruges at around 10pm only to be yelled at by a restaurant owner because I didn’t understand the sign in Flemish saying they were closed. That’s probably why I’ve always preferred Ghent over Bruges. That one bad experience scarred me for life.

It makes sense to take a winter road trip in a warmer region of Europe. But that’s not always going to be practical and maybe you actually want to enjoy the cold weather during the day and retreating to a cosy hotel each night. It’s not a terrible idea.

Be aware that in some more touristy areas and smaller towns, you might find some attractions and even restaurants are closed. But that’s more likely to be an issue if you’re road tripping in typically summer destinations like Sardinia or Croatia.

I hope one of these itineraries will inspire you to get out on the road this winter or maybe later in the year when things warm up. If you’re particular interested in winter Christmas markets, you might like these Christmas road trip ideas.

Read our post Winter City Breaks for more ideas on travelling Europe in winter or our guide to winter sun holidays in Europe if you’d prefer a warmer winter holiday.

Germany: A Winter Drive from Cologne to Berlin 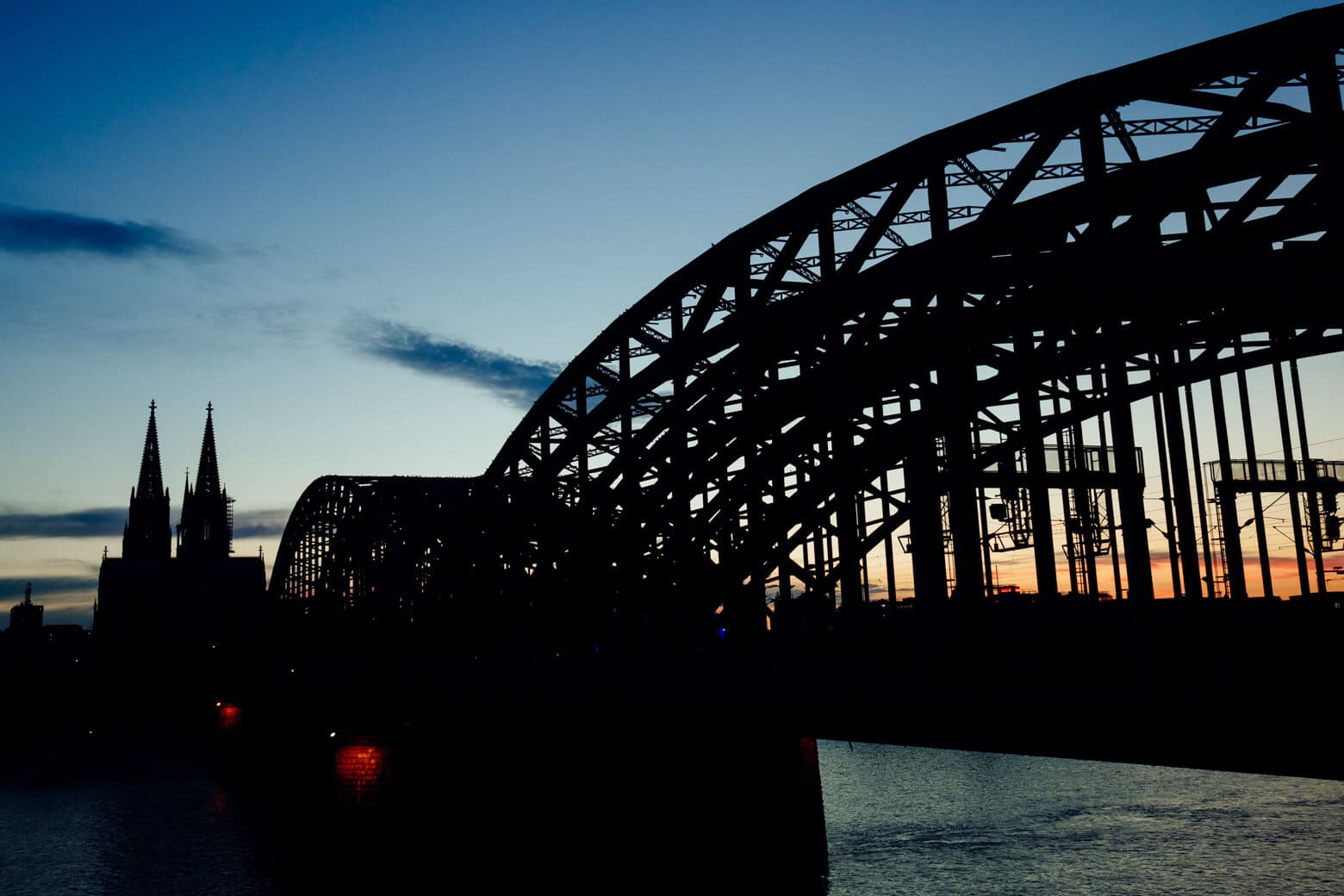 If you’re not fussed by the cold weather and are actually looking forward to some snow, this road trip in northern Germany could be for you. I’ve visited most of these cities in winter and they really do look beautiful when covered in snow, in particular Dusseldorf and Hamburg. Experiencing snow on the beach in Rostock was also an incredible experience I’ve never come across since. 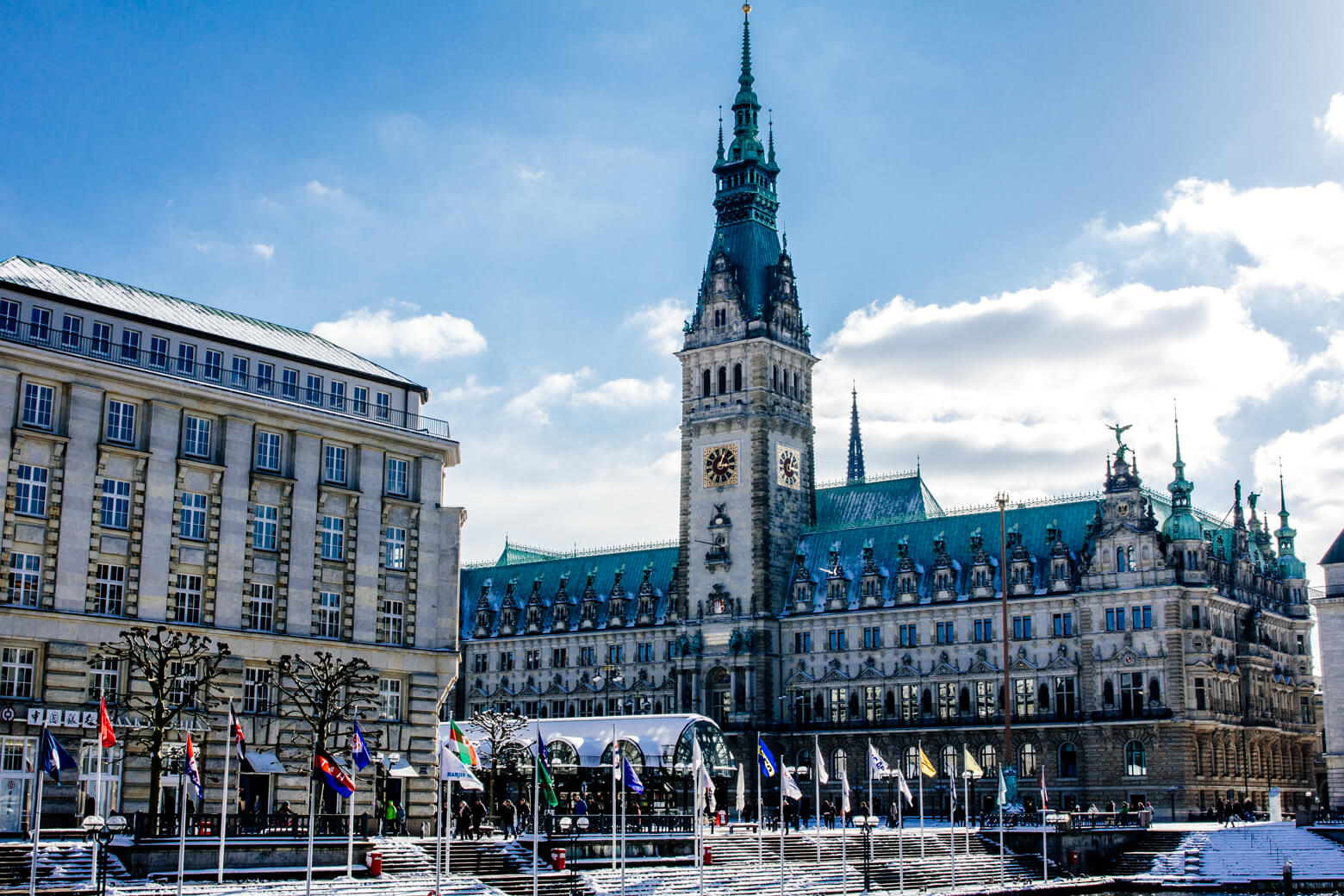 Despite my winter driving ordeal during that snow storm, Germany is one of the best countries when it comes to keeping the roads clear and safe for driving in winter.

Posts to help you plan your trip: 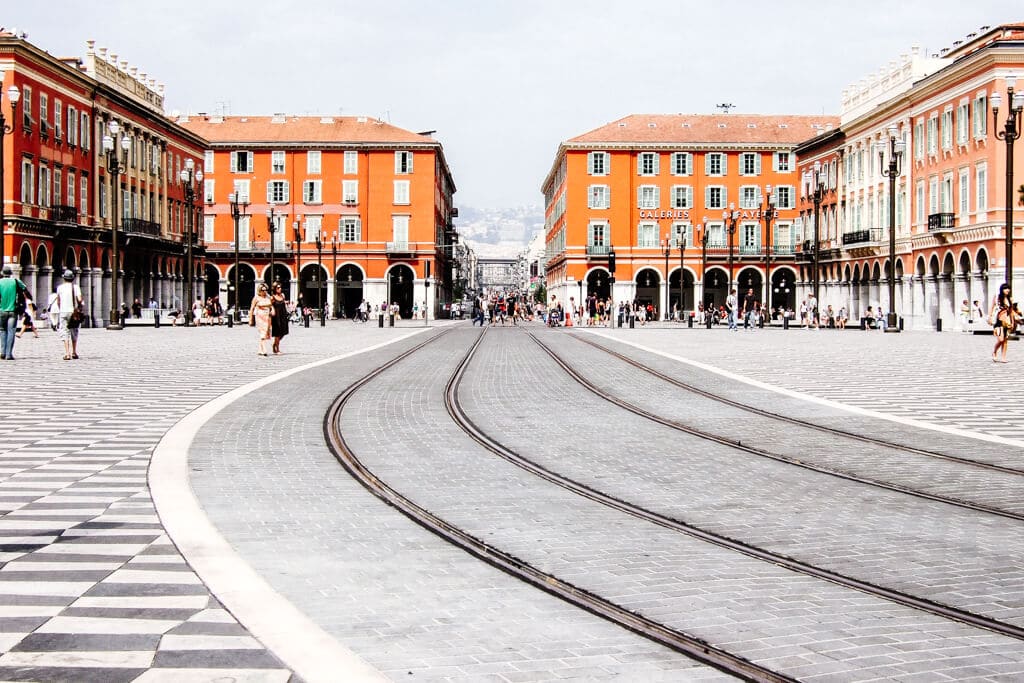 If a warmer seaside road trip is more to your liking, the south of France has a lot to offer even though it’s typically a spring and summer destination for most visitors. Smaller towns and villages on this itinerary might be partially closed or at least very quiet in the off-season but if you stick to staying overnight in the larger cities, you’ll still have plenty of things to do and great restaurants to try. 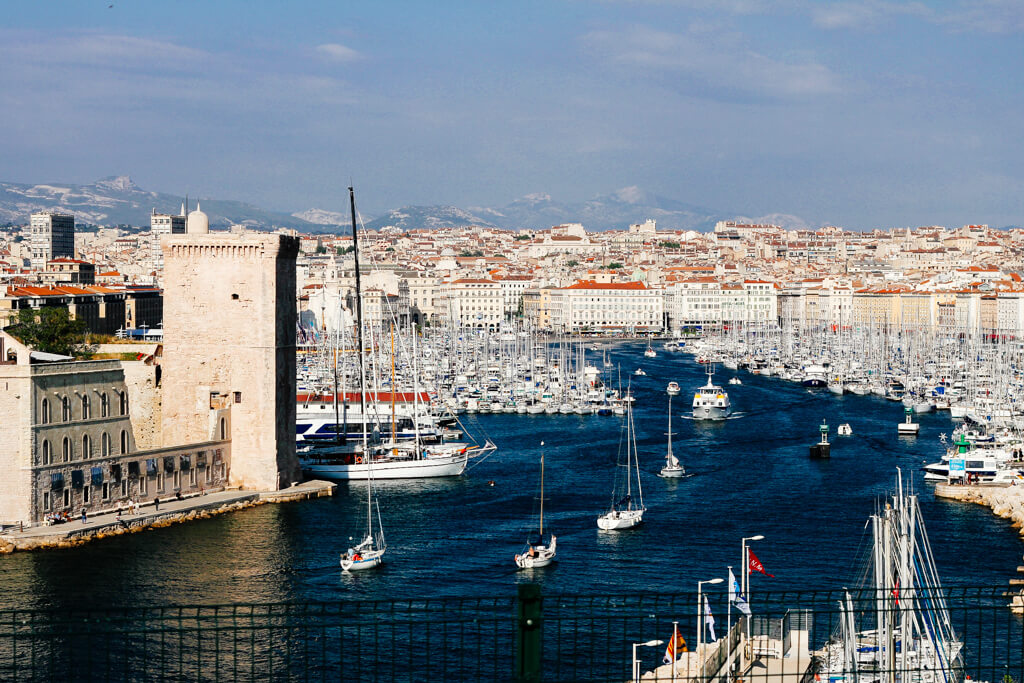 Besides, a road trip along the coast is more for the views than anything else and the views along the riviera are incredible all year round. Even though you’re likely to get rain during this time of the year, there’s also a good chance you’ll have sunny days in the south of France in winter.

A detailed guide to help you plan your trip: 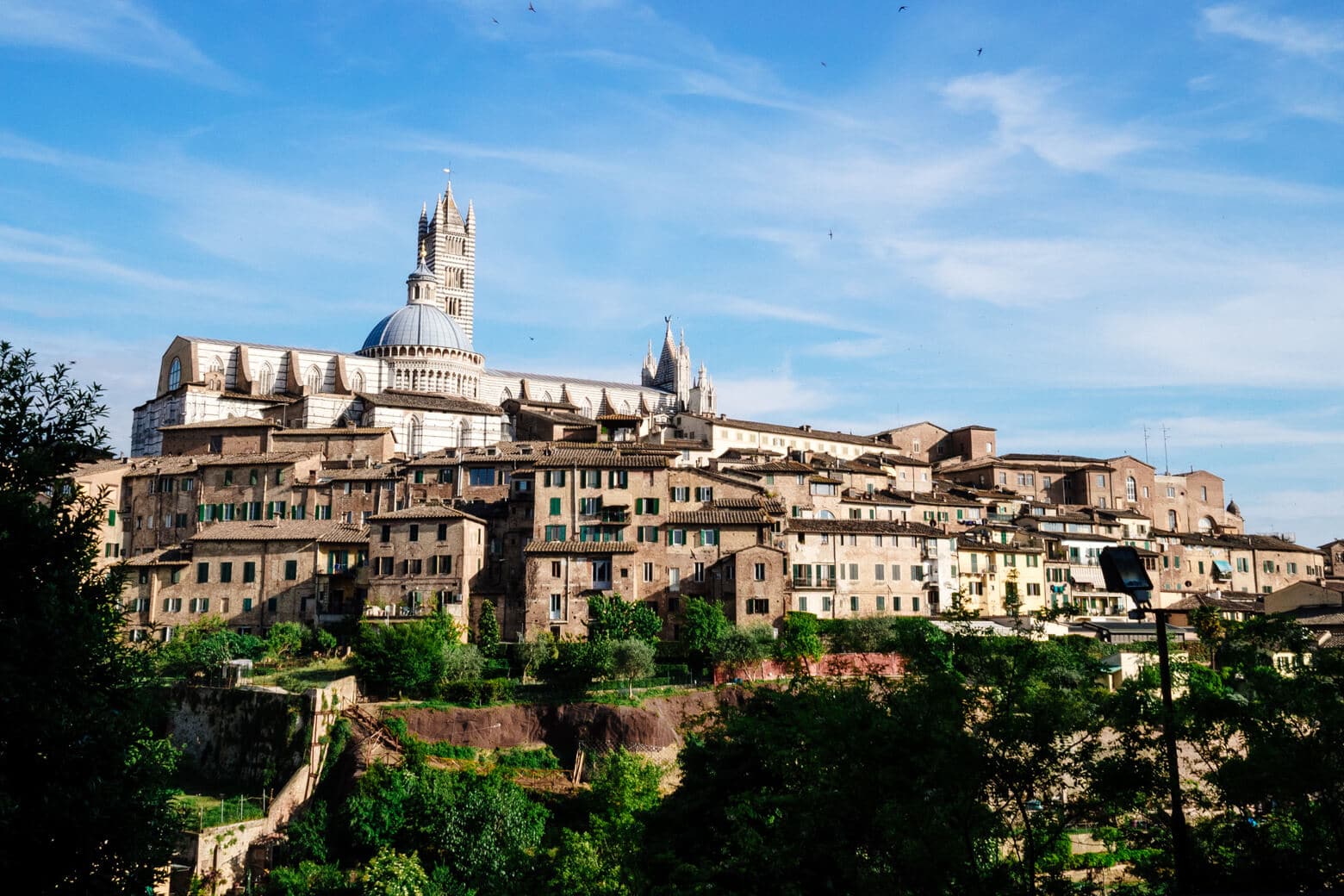 Tuscany is Italy’s most famous region. It’s known for its small hilltop towns filled with character and great food. I’ve visited this region in both spring and winter and I’m not going to lie, it’s way better in spring. The highlights are driving through the countryside, stopping in a little agriturismo for long lunches followed by exploring the towns and aperativo in the warm evenings. 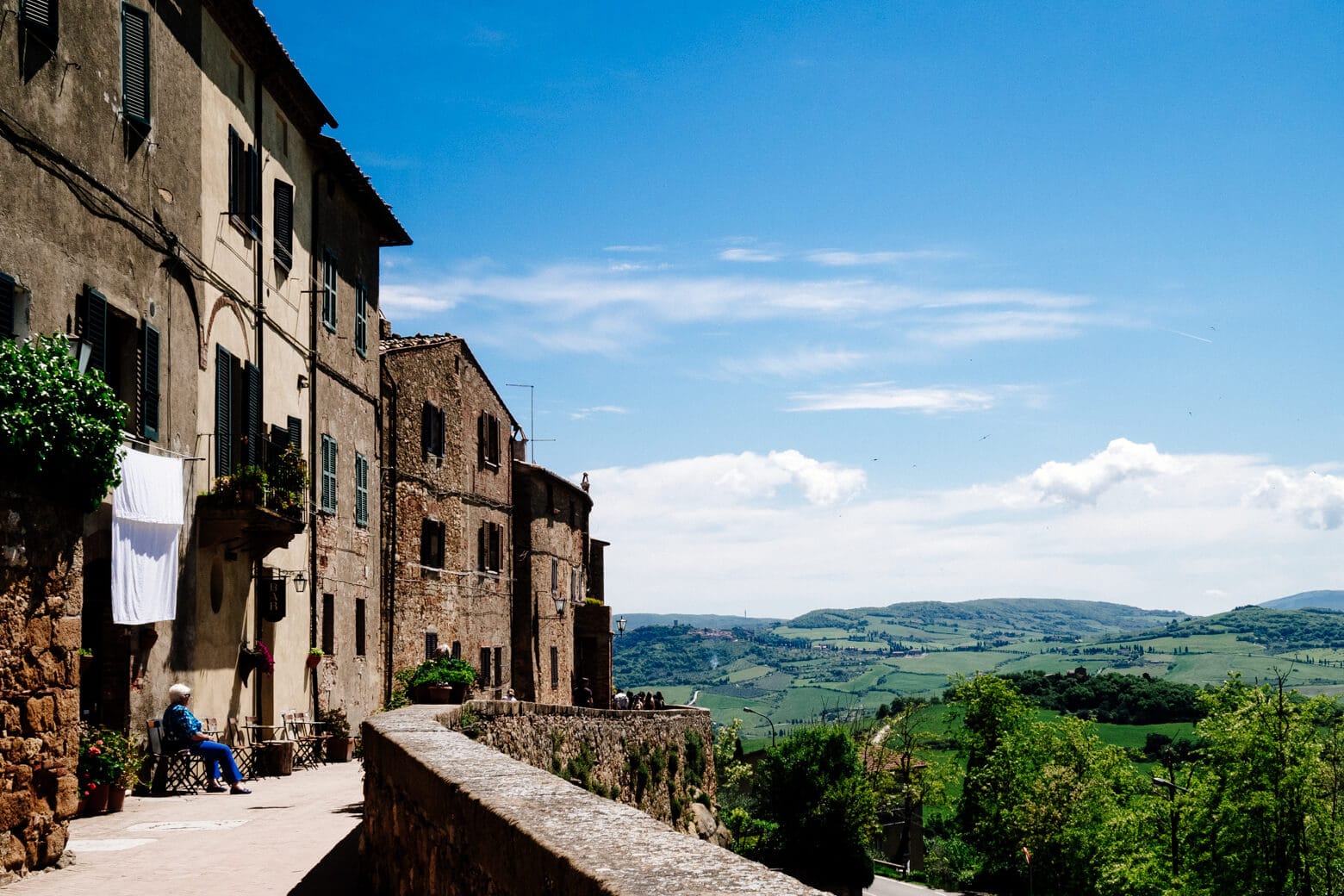 The only stress from this kind of holiday is from the crowds which can be a little overwhelming at times. And also maybe driving during the busy season when the roads are clogged with tour buses. That’s the benefit of touring Tuscany in winter; you’ll have the place to yourself, the streets and piazza will be quiet and driving and parking is relatively stress free.

Tuscany in early spring is amazing but if you can only make it in winter, it’ll still be a fun experience.

A detailed guide to help you plan your trip: 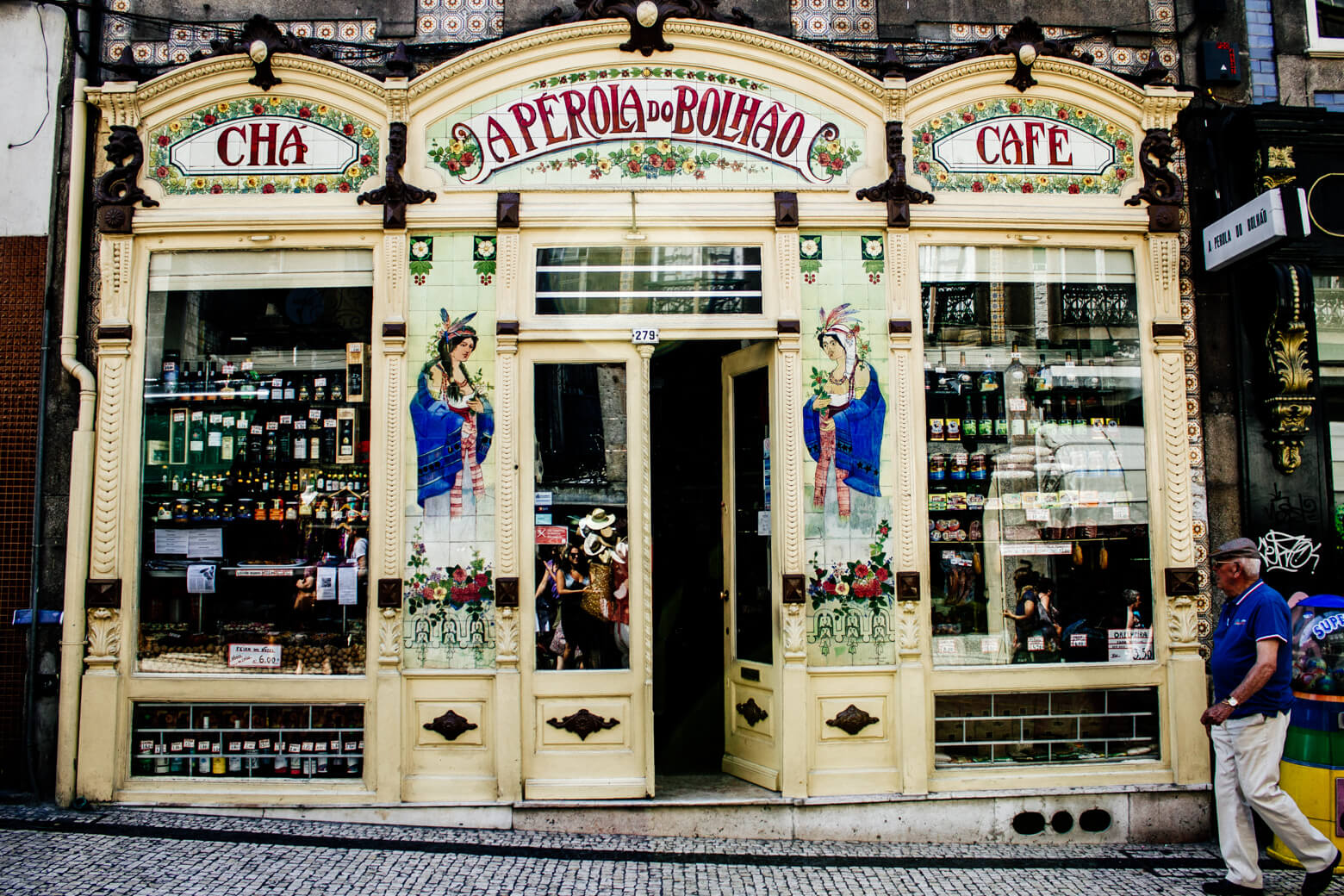 The temptation might be to head to southern Portugal for a winter road trip. It would be warmer after all. But it’s not warm enough to swim so I think it’s better to head to Lisbon and further north to explore some of the country’s cultural centres and less visited cities. If you decide to include Lisbon in your itinerary, I’d recommend at least four days there and preferably longer. It’s an incredibly vibrant, historic city with many interesting neighbourhoods worth exploring. 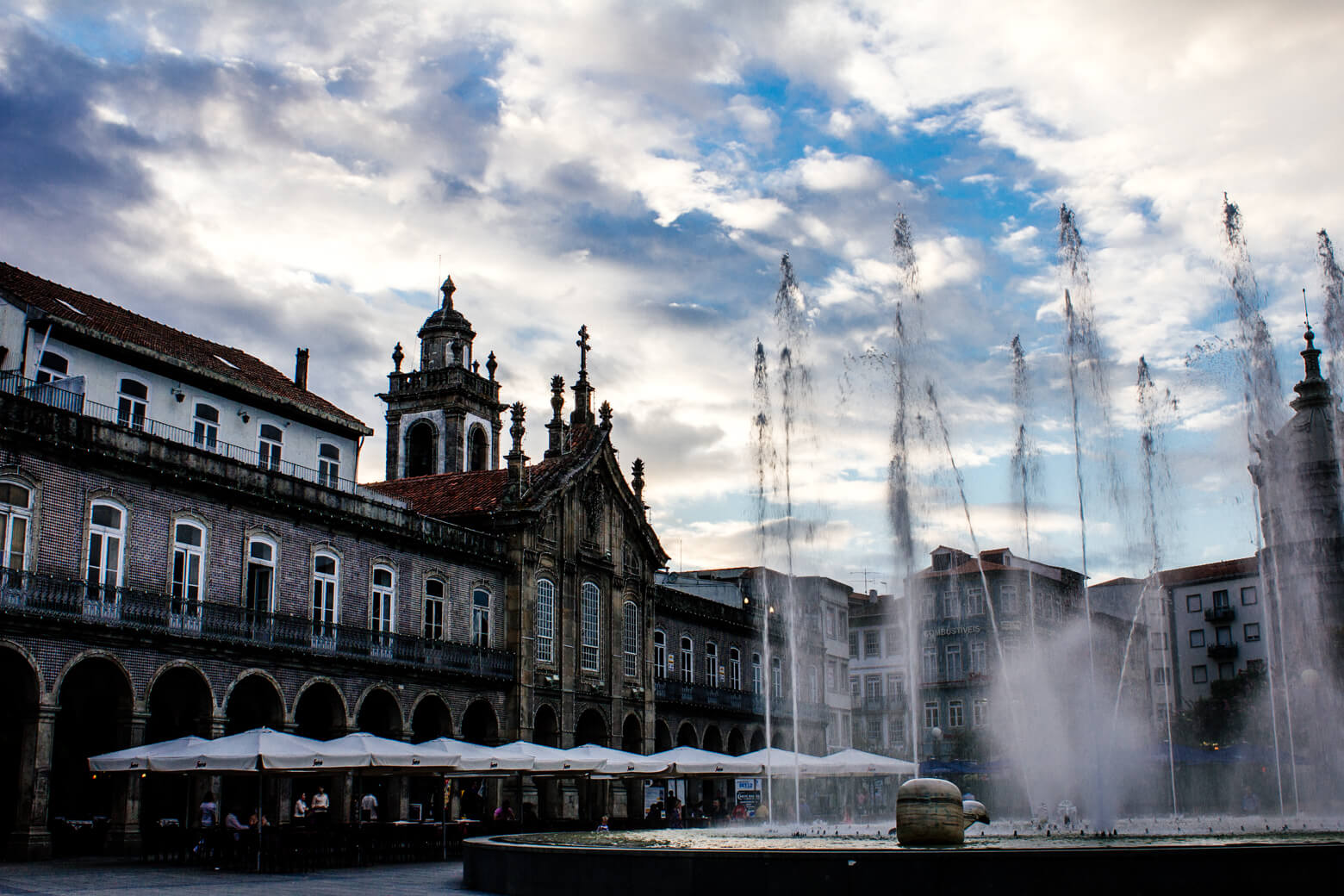 After that you could hire a car and drive north to Porto, another fascinating city known for its colourful tiles and namesake drink. Even further north you have smaller cities filled with history like Guimaraes and Braga.

Posts to help you plan your trip: 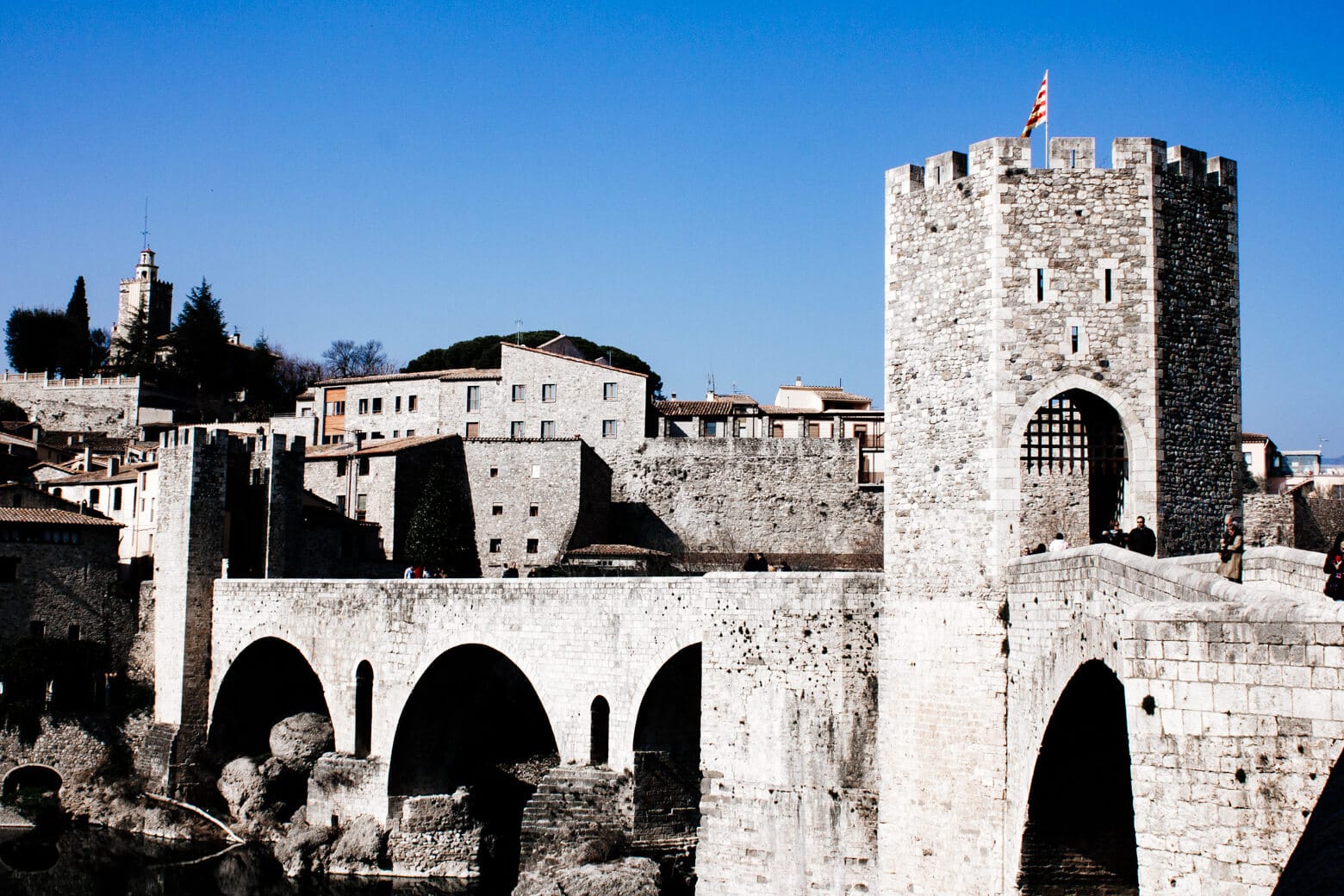 Thinking about warmer winter road trip destinations reminds me of my first ever road trip through Spain. I had driven from Paris, down to south-west France and across the border at San Sebastian. The first mistake was not spending time in San Sebastian. It’s a city known for its food culture and food is one of the great reasons for travelling. But we were short on time and wanted to get to Barcelona. 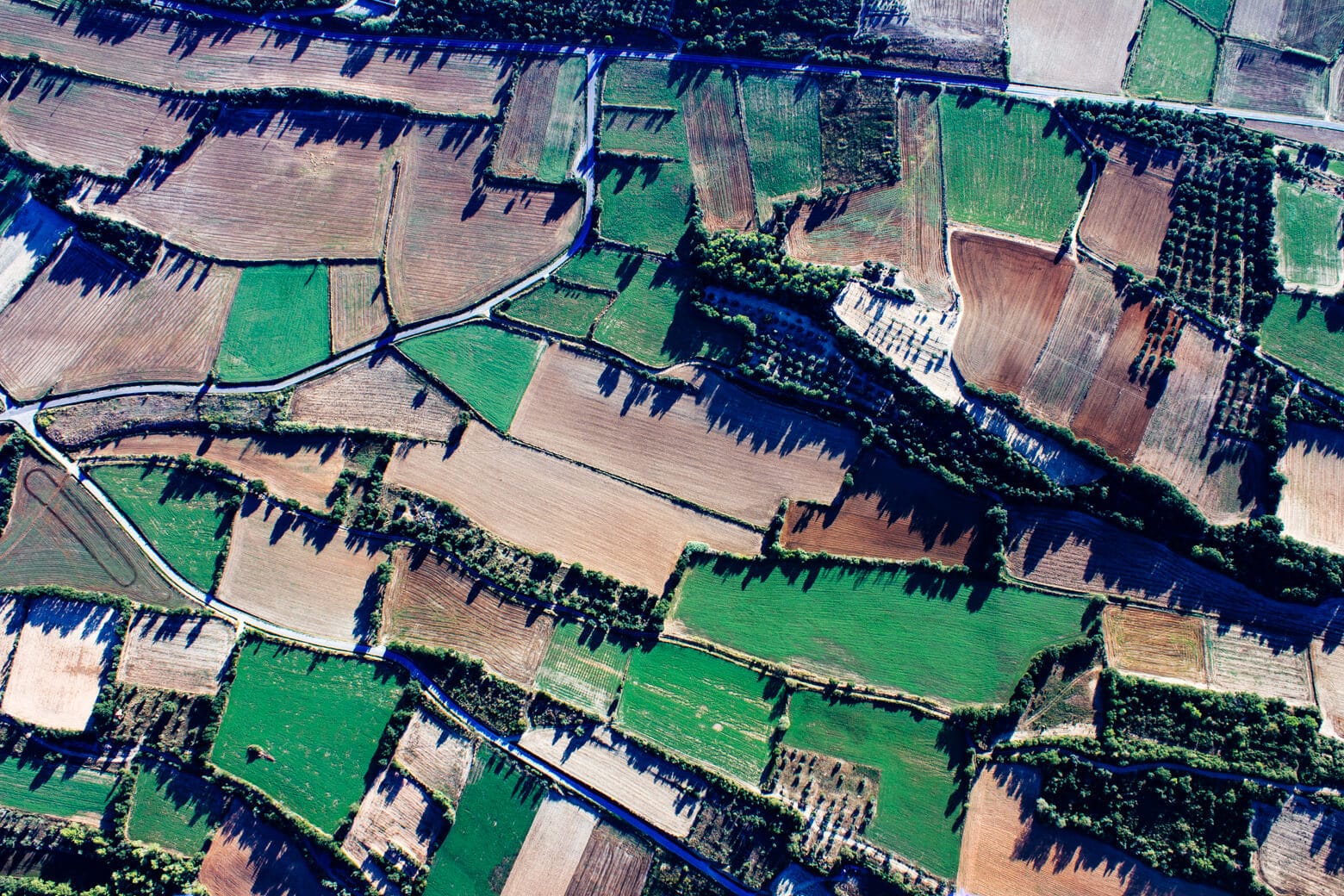 We stopped instead in Pamplona, a city with little of interest, and where we had our car broken into while in a guarded car park. Luckily we interrupted the thieves and they disappeared without taking anything. Not wanting to spend more time there than necessary, we drove early the next morning to Zaragoza, another underwhelming destination. It was only after a few days in Barcelona that I finally started to warm to Spain and a later trip when I fell in love with Barcelona.

Posts and tours to help you plan your winter road trip in Spain:

Those are my top five recommendations for road tripping in winter in Europe. Have you willingly taken a road trip at this time of the year? What was your experience? Read on for more road trip ideas and itineraries.

Previous Post: « Europe by the Season: Where to Go in 2019
Next Post: Two Minute Tuesday: Shark Sightings »