If Berlin wasn’t one of the coldest capitals in Europe I would have already given up my nomadic life to go live there. But until I can find a way to beat the cold I will enjoy short bursts of Berlin life and exploring the day trip opportunities it presents.

Rostock is around two hours from Berlin, either by car or train, so it’s doable as a day trip but only just. If time is limited I’d say go for it and just see one or two things, otherwise take your time and make it into a relaxing weekend getaway. Here are a few things to do while in Rostock.

If you’re feeling adventurous and have the time, you could hire a car and make Rostock part of a longer road trip around Germany or pick one of these other winter road trips.

From the very pretty Universitätsplatz to the main square at Neuer Markt, the city’s streets and squares are lined with colourful gabled houses typical of northern Germany. I love this kind of architecture and even though it was bitterly cold when I visited the cityscapes took my breath away and made the suffering all worthwhile. If you have the chance to visit during the Christmas or Easter markets there will be lots to keep you busy and plenty of mulled wine to keep you warm. 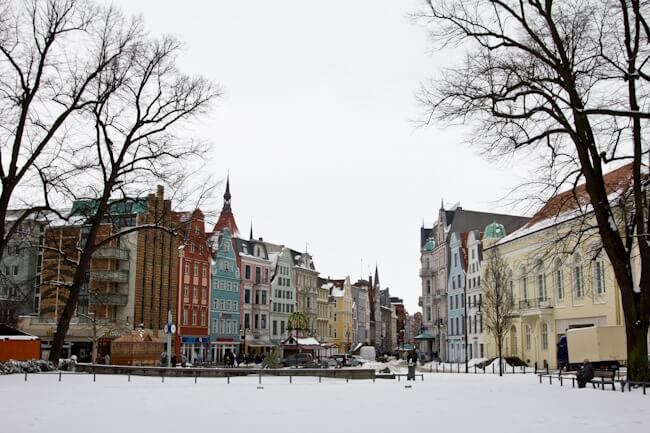 See the Gorillas at Rostock Zoo

The heat and humidity immediately hit me as I walked into the Darwineum at Rostock Zoo. I was hoping to get a glimpse of a gorilla or two but actually saw five or six very active gorillas. They were playing and feeding and seemed to be enjoying their steamy man-made habitat. 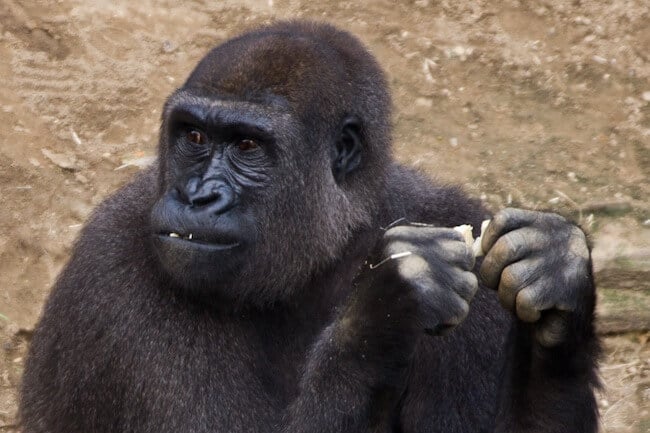 The Darwineum houses a number of other primates including my personal favourites, orangutans, plus this cute/creepy guy: 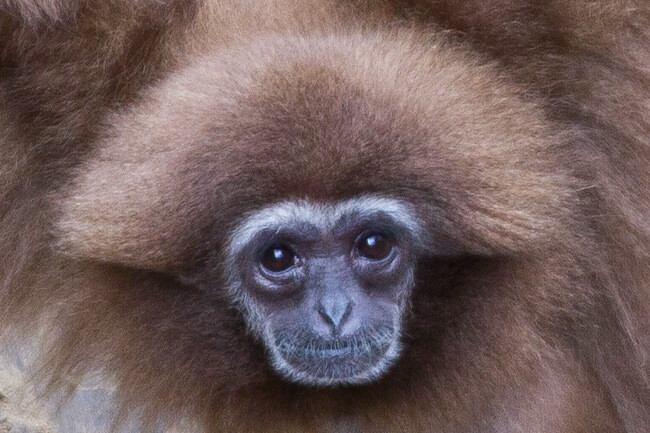 You can’t visit Rostock without making a side trip to the Baltic Sea. Warnemünde is a charming coastal fishing village and popular beach town, even if temperatures don’t get far above 25C in the summer. I absolutely adored Warnemünde when I visited in March, no matter how cold it was, and I plan to go back in the warmer summer months. 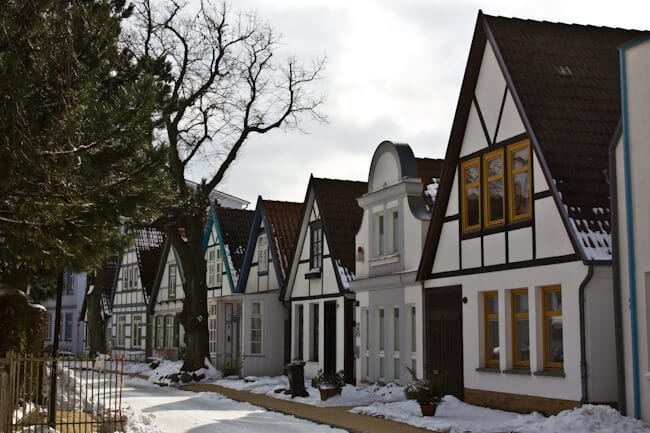 Get Up Close and Personal with Edvard Munch

Norway’s most famous painter Edvard Munch lived in Warnemünde for a while, often painting naked on the beach, as one does. You can visit his former residence and the locations he painted as well as admire his self-portrait photos from that time. 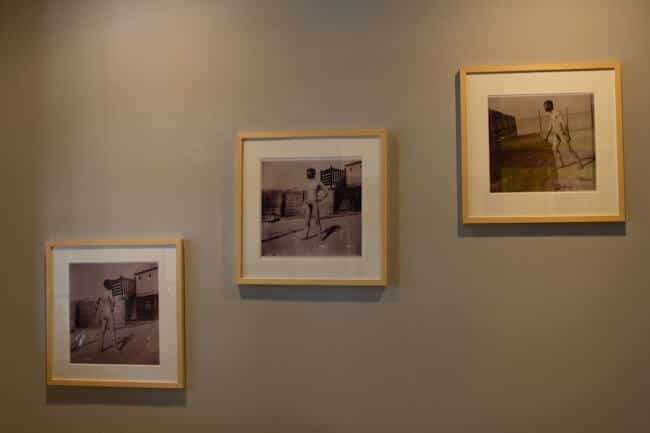 Swim in the Baltic Sea

Air temperatures were around -10C and the water close to zero so no, I didn’t swim in the Baltic Sea. But I didn’t travel all the way to the Baltic to not at least take a quick dip so a few of my fingers made it into the icy cold water. Now I can honestly say I’ve been in the Baltic Sea. 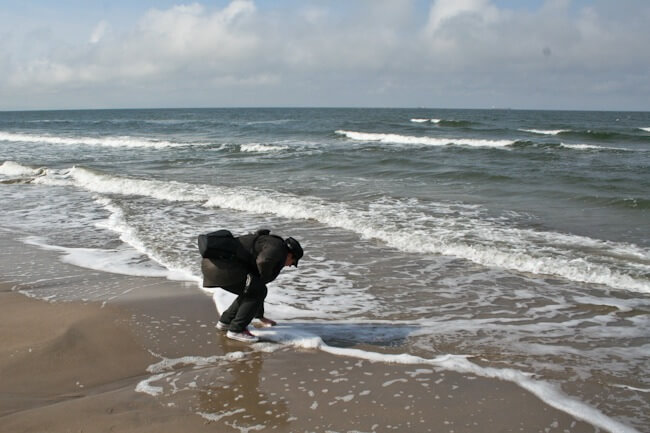 Travel often introduces you to sights and experiences you never would have come across before and finding snow on the beach was quite an experience. I’ve never seen that before! 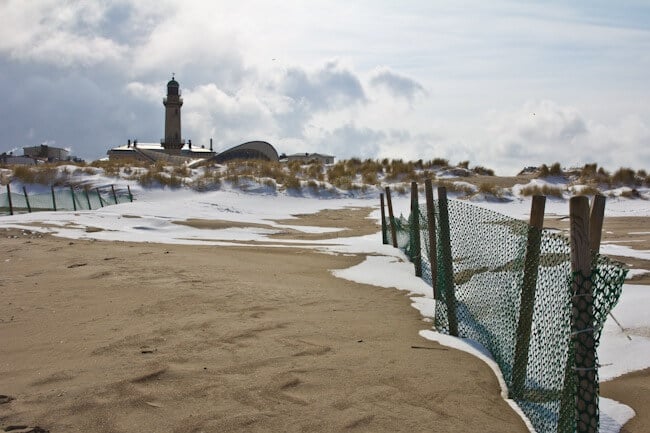 The beach at Warnemünde used to be a popular spot for nude bathing but since reunification with West Germany beach goers have become a little more conservative. Damn those West Germans! These days you’ll need to head quite a way down the coast if you want to swim in your birthday suit.

Warm Up with Some Grog

After almost losing a couple of fingers to frostbite, it was time to combat the cold with a local remedy. Grog. Rum, sugar and hot water. I’m not going to lie, at first it tastes like poison but once you get half way through it works its magic. You can get grog (known as hot rum toddy in other parts of the world) from a street stall for around €2 or from one of the seaside bars for a little more. 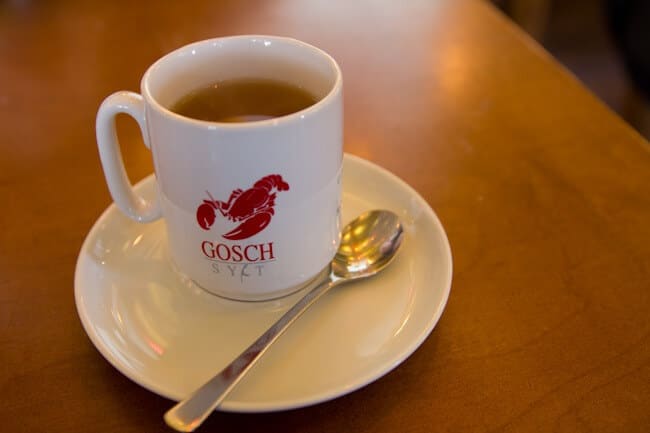 Take the S-Bahn (S1 or S2) from Rostock’s main train station and get off at the last stop in Warnemünde. The train runs every 15 minutes or so and the fare is included with the Rostock Card. If you choose to drive, Warnemünde is only 20 minutes away from Rostock.

Continuing on to Copenhagen

If you want to extend your time in the Baltic region, you can take the ferry over to neighbouring Denmark. For €19 and two hours of your time you can find yourself on the Danish coast and from there Copenhagen is only a couple of hours away by train. Pick up the combined bus/ferry ticket to Denmark from the main train station in Rostock.

Where to Stay in Rostock

In Rostock I stayed at the PentaHotel courtesy of Rostock Tourism and Historic Germany. The hotel is located a few steps away from pretty Universitätsplatz and the shopping district. It’s ideal for a city break in Rostock or as a stopover on the way to Copenhagen. If you’re staying in Berlin and day tripping to Rostock, I’d recommend one of Berlin’s design hotels such as the Cosmo Hotel in Mitte.

Have you been to Rostock or Warnemünde? What did you think?