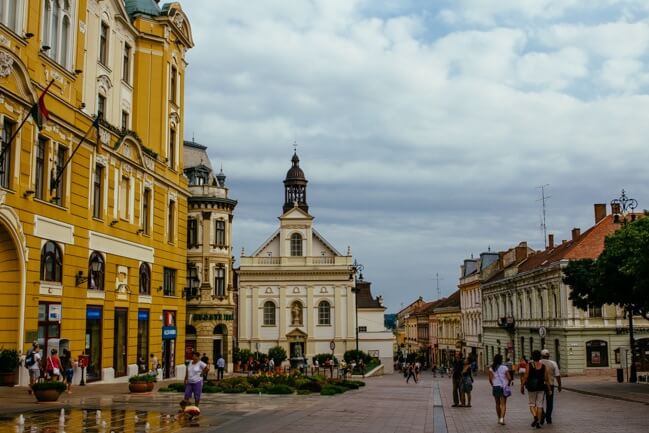 Since meeting a Hungarian couple in my French class in Paris in 1999 I was curious about the city of Pecs in Southern Hungary. They told me it was a beautiful university town, a vibrant city with a mix of cultures and one of the best places to live in Hungary. I was intrigued but even though I had been to Hungary a couple of times, I had never made the two hour journey from Budapest to see Pecs for myself. 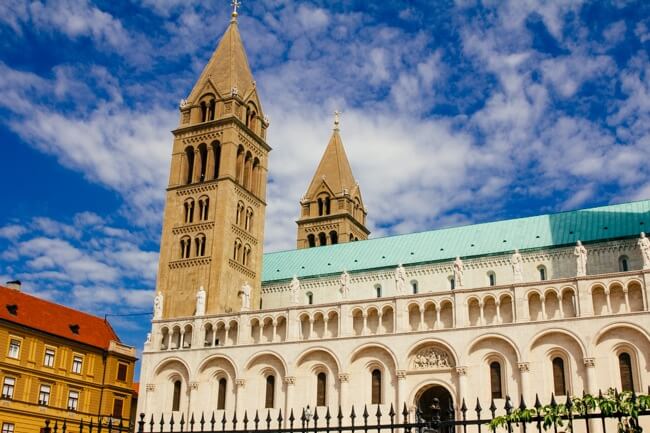 Why is it that upon entering certain cities you feel an immediate connection to it? An unspoken, unexplained attraction that makes your heart skip a beat. A bit like when meeting someone special for the first time. You may not be able to explain why but the interest and desire is there and if you’re lucky it will never go away. That was my feeling in Pecs as I walked along the pedestrian only Ferencesek street and into the town centre, Szechenyi Square. I felt comfortable and relaxed and happy to have the time to slowly get to know Pecs better. 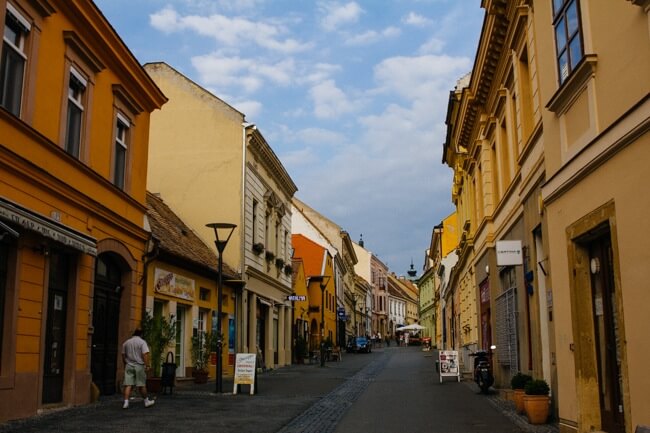 What struck me first was seeing a Turkish mosque in the centre of a Hungarian city. A throwback from Ottoman times, it looks a little out of place amongst the surrounding baroque architecture and with a Christian cross perched atop the green domed roof it looks somewhat odd. But it turns out the mosque was converted to a Catholic church long ago and the Mosque of Pasha Qasim is now the unique symbol of the city. 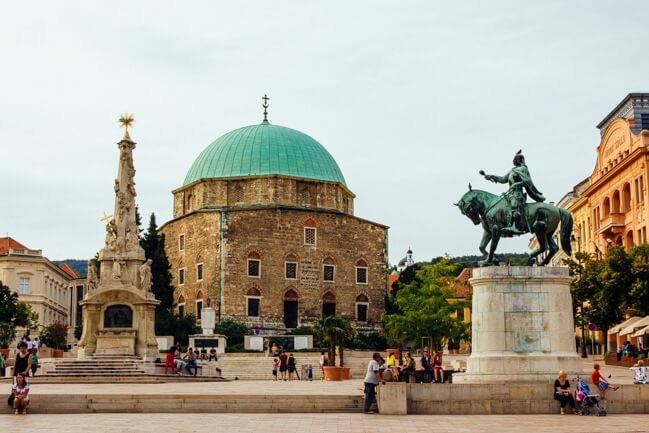 Heading past the mosque and up the hill you can’t miss the massive cathedral and its four grand bell towers. Perfectly restored and surrounded by perfectly manicured gardens it’s one of the most idyllic and peaceful locations in the city. Although beautiful and picturesque it doesn’t tell the true story of Pecs. 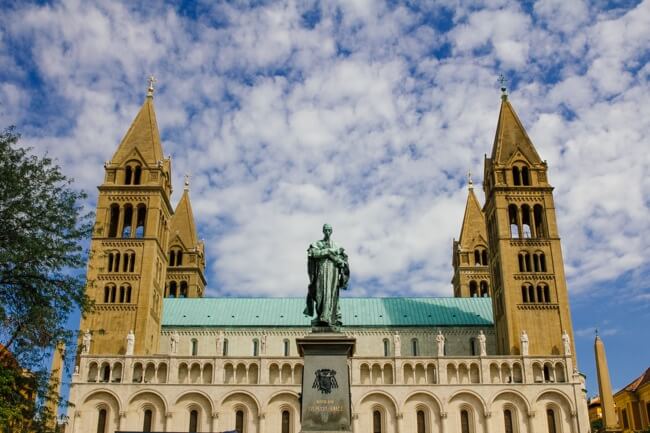 As you step further away from the historic centre you start to see more deserted shops and abandoned buildings. Hungary has suffered through the world financial crises and much of the hope of previous years has disappeared. I couldn’t help feeling a little sad seeing all the for sale signs and hearing of the foreclosures which are common in Pecs and in Budapest too. Businesses have failed, property prices have sunk and individuals have lost everything. It’s not surprising some locals are nostalgic for the good old days of Communism or Ostalgie as it’s known in Germany. 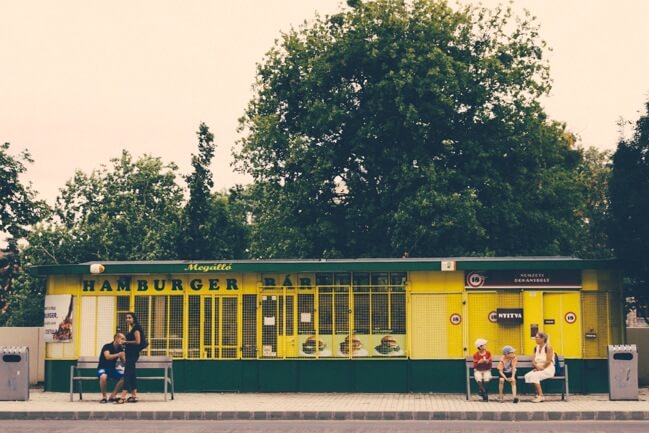 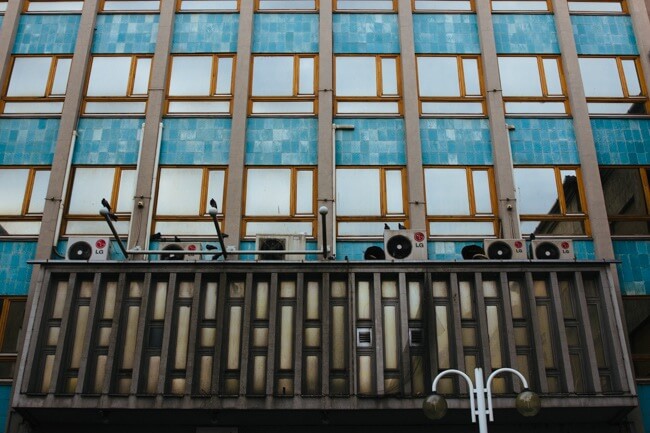 Back on the main thoroughfare, everything looks like business as usual. During the month of August, most Hungarians are on their annual vacations, as are most Europeans, but the city is still bustling with street entertainers and tourists. Cafe culture is booming and I can only imagine how busy the city gets when the thousands of students and locals return. 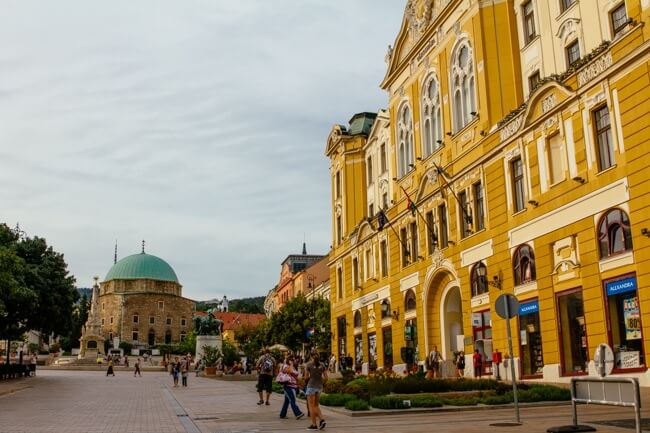 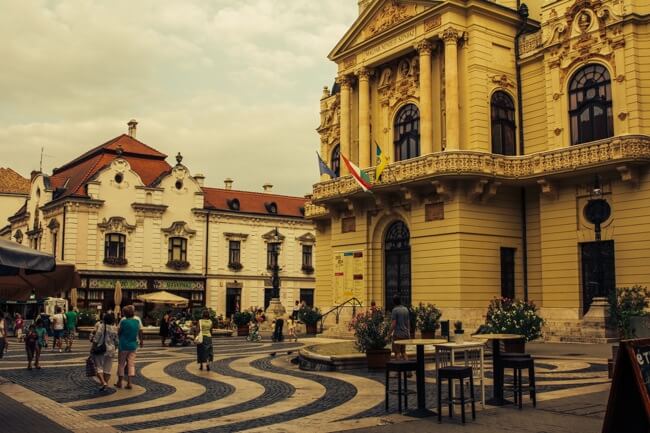 As for my friends from Pecs, I don’t know where they are now or if they ever returned to the city but I now understand why they were so eager for me to visit. The more time you spend in the city the more layers you uncover, much like the layers of Roman ruins being excavated from beneath the city.

If you are travelling elsewhere in Hungary, read my travel guides on free things to do in Budapest, the city of Gyor in the west of Hungary, Debrecen in the east, Szeged near the Serbian border, Esztergom near the Slovakian border or read about Budapest’s interesting neighbourhoods.