If you plan on basing yourself in Ljubljana for a while, there are many opportunities for day trips around Slovenia. Lake Bled, Lake Bohinj, Vintgar Gorge and Slovenia’s wine region are all within easy reach. A little bit further away is Venetian influenced Piran on the Istrian coast. 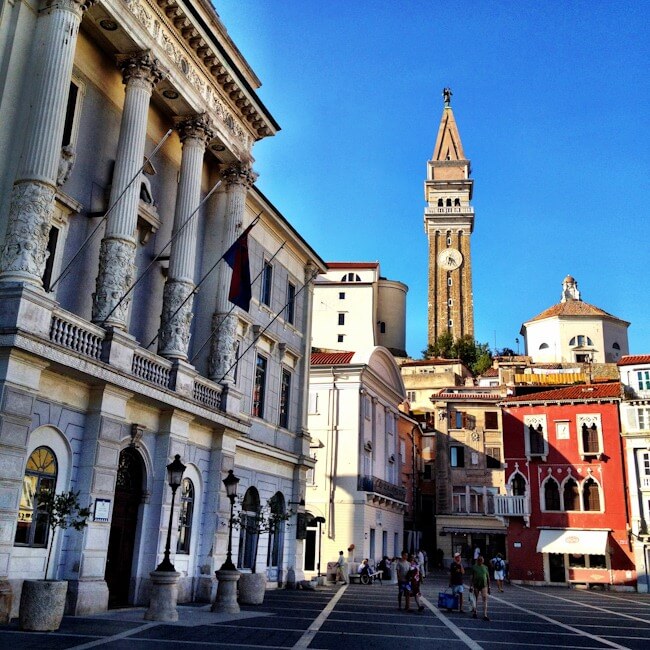 I had hoped to visit Piran when I was in Slovenia last year but after a couple of unexpected events I had to change my plans. Now I know what I missed out on I’m even more disappointed I couldn’t visit last year. I have travelled quite extensively around Slovenian Istria and Piran is by far the most beautiful town in the region. 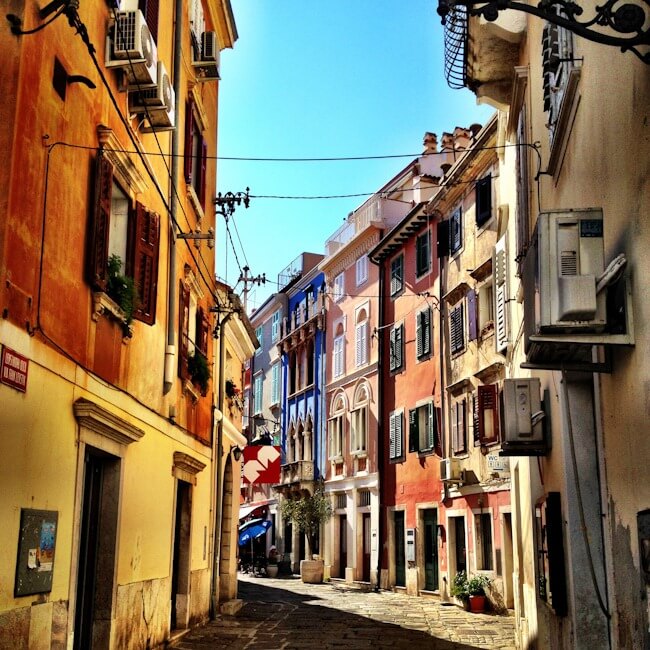 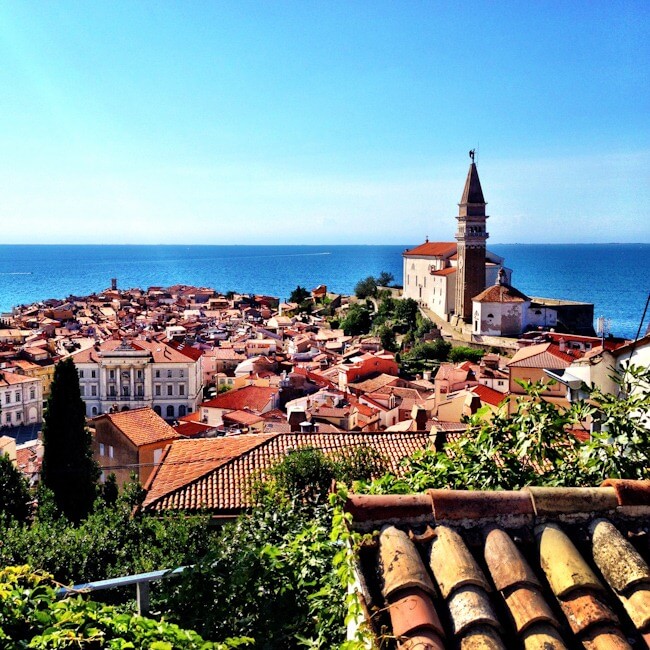 Piran has been ruled by just about everyone at some point in time. The Romans, Slavs, Franks, Byzantine Empire, Venetians and the Austro-Hungarians all influenced the city in various ways. As little as 100 years ago Piran was 95% Italian and the city continues to have a strong Italian influence with Italian being one of the official languages of Slovenian Istria. 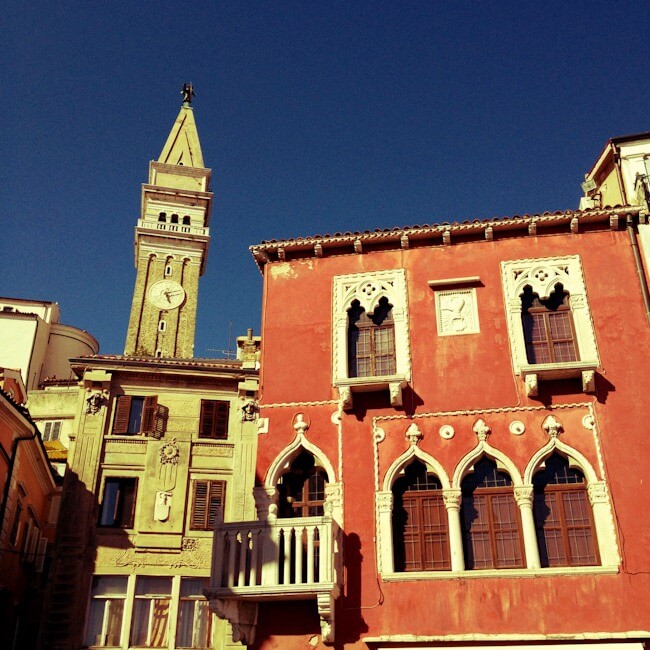 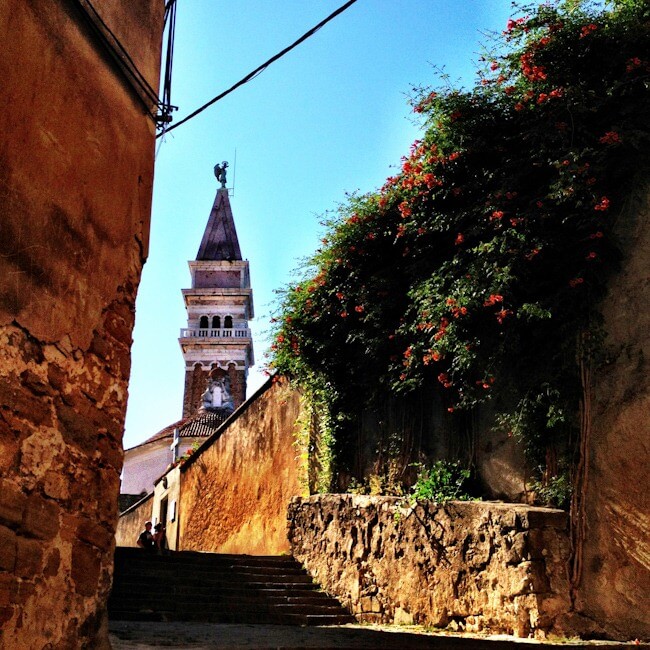 Tartini Square is the main square in Piran and where you’ll most likely start your tour of the city or stop to relax in a cafe. 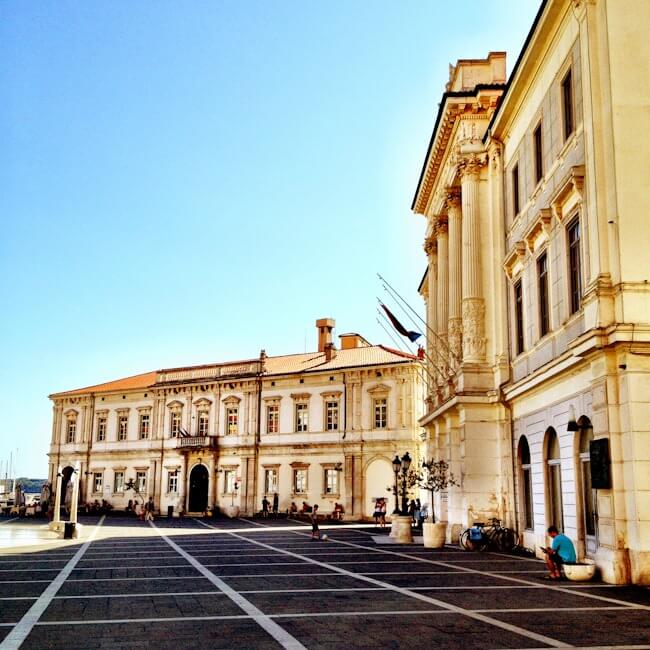 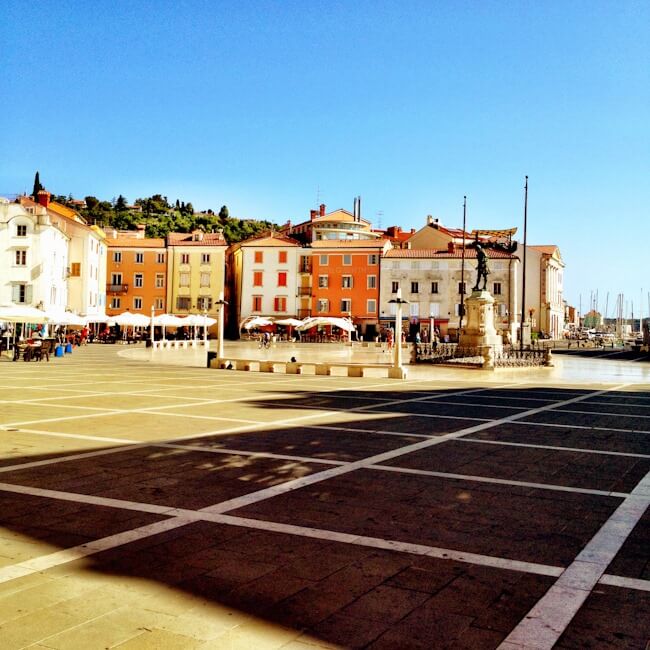 If you walk up to the monastery above Tartini Square you get amazing views of Piran and the coast, especially at sunset. 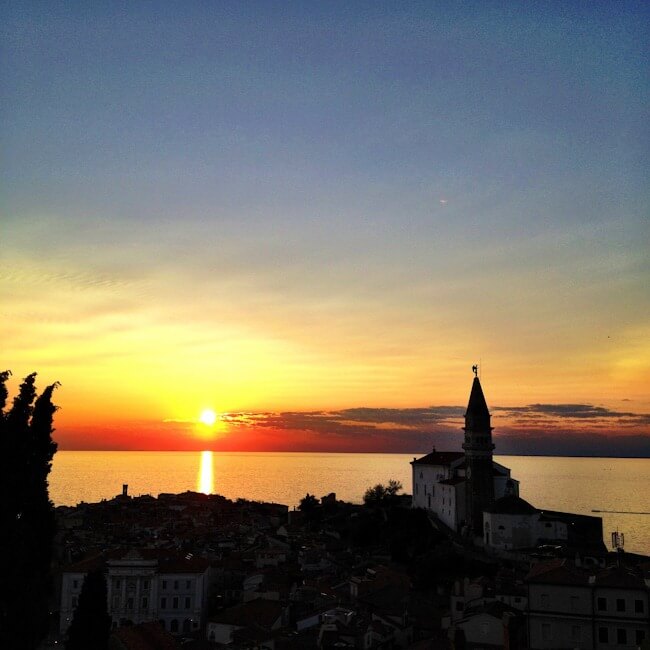 Even though Piran is on the coast it doesn’t really have a beach. If you want to swim you can go to nearby Fiesa which is where most of the locals go to swim but it’s not the prettiest beach in the world. You can swim in Piran itself but the shoreline is rocky and access to the water a little difficult. 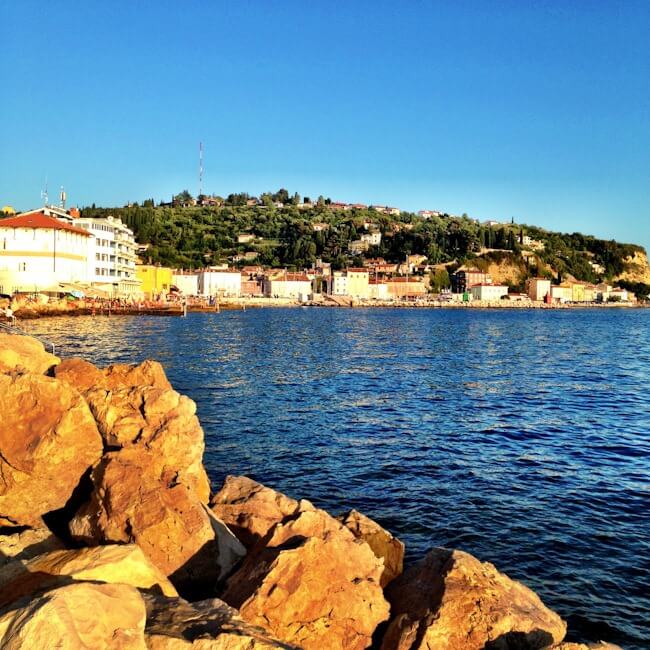 Piran is a 90 minute easy drive from Ljubljana on the motorway. Don’t forget to buy a vignette before you use the motorway or else you’ll get a fine when you cross through a checkpoint. Vignettes cost around €15 for a 7 day pass and you can buy them from petrol stations or at the border.

Piran’s old town has limited vehicle access. You can enter the city but you have to pay at the gate and then pay for parking on top of that. The best option is to park at the huge car park just before you reach the city gate. If you’re not on a day trip from Ljubljana to Piran and prefer to stay a couple of days then ask your hotel for a voucher so you don’t need to pay for parking.

Even when visiting Piran on a short trip you should have plenty of time to see the all of the city including its museums and aquarium but it’s also a great place just to hang out and relax by the water after wandering the quiet backstreets.

Piran is fun but there’s much more to see in Slovenia: