As the near black clouds rolled in I was regretting my decision earlier in the day the wait for the late afternoon light to take photos. It’s a shame as Maribor is a very pretty town, looking like it belongs in Austria rather than eastern Slovenia, but it was difficult for me to accurately judge the city through the pouring rain. 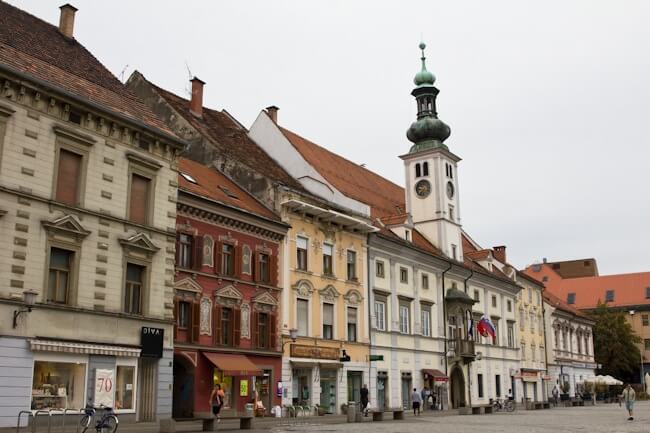 The following morning wasn’t much better but we took the time to explore the old town including the main square with its pretty Town Hall and the creepy baroque Plague Column which commemorates the end of the plague epidemic in the 17th century. 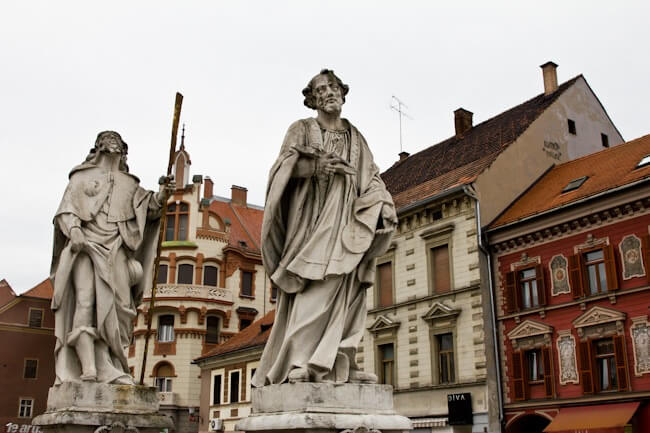 Maribor is most well known for the Old Vine which at more than 400 years old is officially the oldest vine in the world. It’s looking good for its age and it still produces grapes. 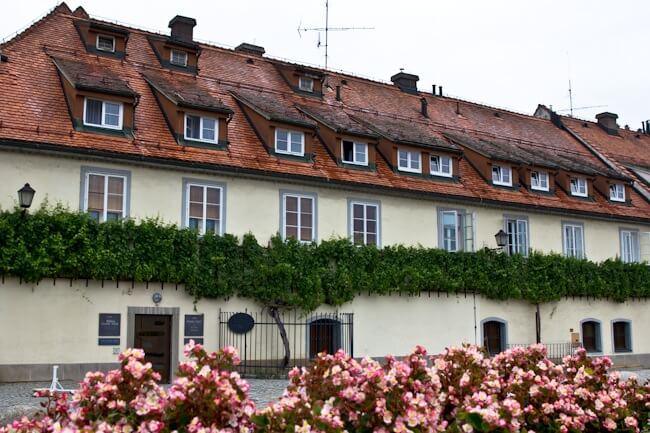 The Old Vine is located in the Lent district where we passed most of our time wandering through the narrow streets and peering through battered doors into the locals’ backyards. 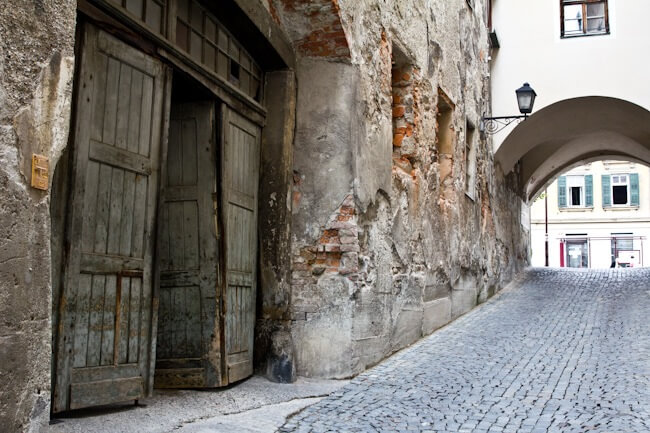 While searching for Maribor Castle it took me a while to realise it was the plain building on the corner of the square where I had been dining. It should have been obvious seeing as the square is named Castle Square. It doesn’t look much like a castle and it seems odd for it to be right in the centre of town but it was interesting to discover that not every European city has a castle on the hill overlooking the town, as I had previously thought was the case. 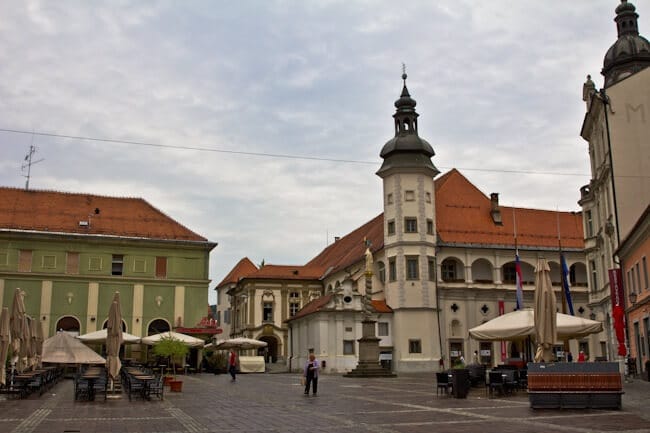 The most random encounter was with the ‘Dancing Boy’. He doesn’t look too happy for someone supposedly dancing. 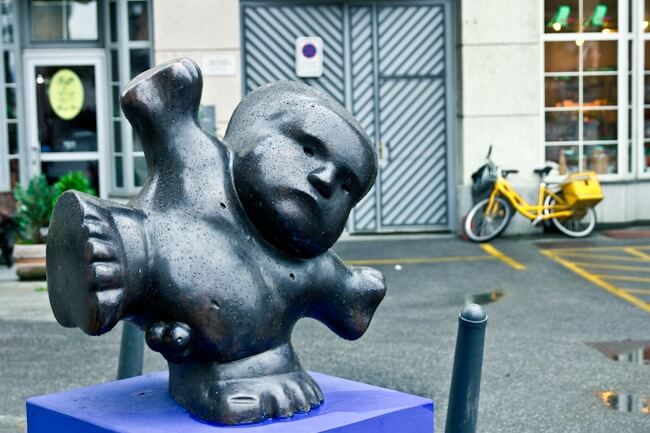 A Day Trip to Maribor

We visited Maribor while on the way to Hungary but it’s easy to visit on a day trip from Ljubljana. It’s a 90 minute drive through beautiful countryside or you can catch the train if you don’t have a car. I suggest leaving early to give you time to have lunch in Maribor, walk around the historic old town and then make it back to Ljubljana in time for dinner!