While travelling around Albania this summer, I realised my Albania travel guide had become quite outdated (I updated it in 2019). Albania is developing rapidly and even though my thoughts on where to stay on the Albanian Riviera haven’t changed much, there are many new accommodation options and places of interest. Albania is one of the cheapest countries in Europe, it really is worth a visit if you haven’t been before. 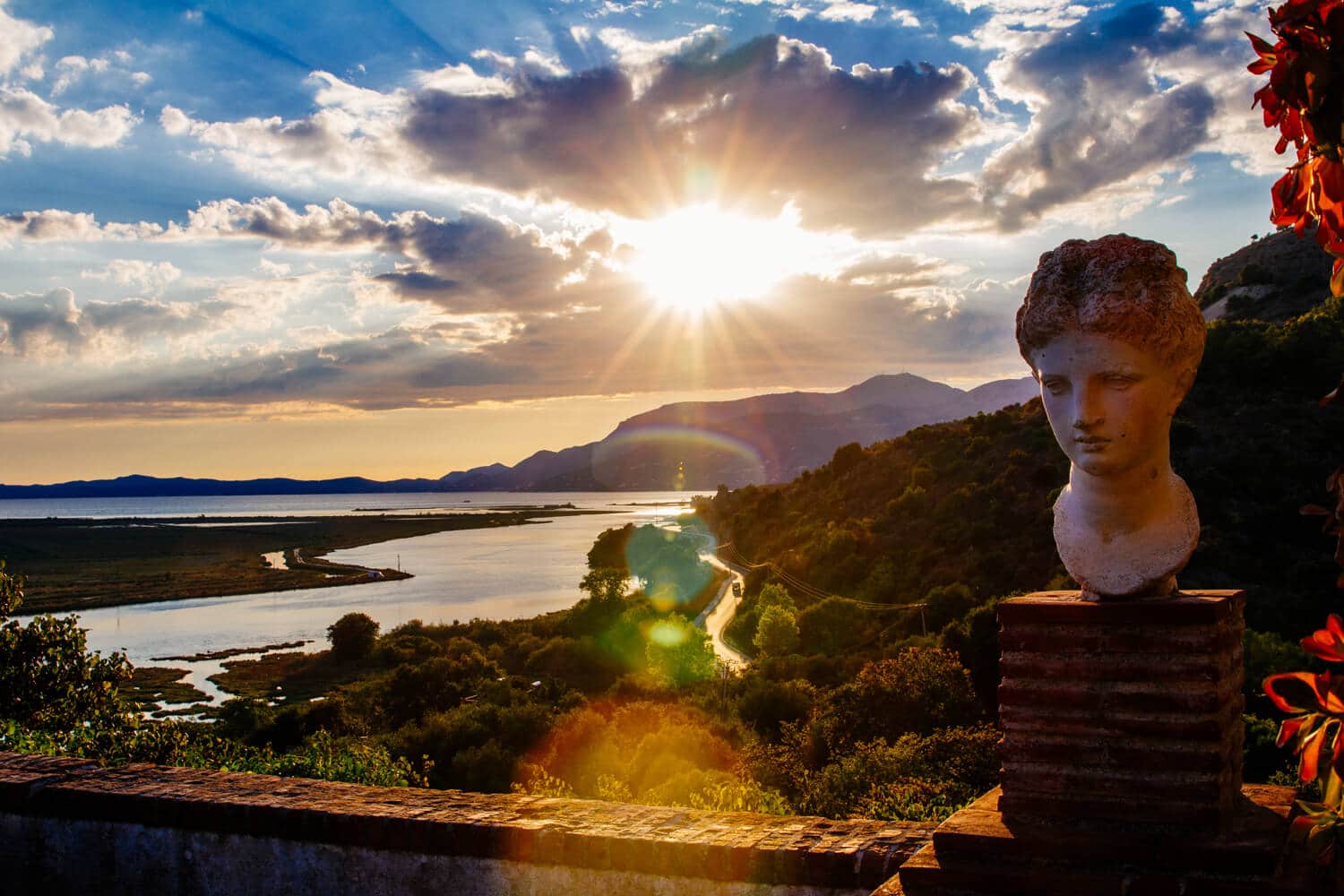 The Albanian Riviera stretches from the southern side of the Llogara National Park down towards the Greek border at Butrint National Park and Ksamil. Not surprisingly, this section of the southern Albanian coast is the most popular destination for tourists in Albania. I personally love the mountains and historic cities but most people want to stay at the beach where they can swim and relax throughout the summer.

Here you can get an idea of Albania’s best beaches and more amazing destinations in Albania.

Where to Stay on the Albanian Riviera

This year I once again spent time travelling around southern Albania so I feel like now’s a good time for an updated post.

There are four main towns on the Riviera where you’ll most likely want to stay. There are plenty of smaller beach towns and villages in between but the bigger towns obviously have more facilities, cafes, restaurants and nightlife. I recommend staying at one of these towns where you can easily visit the main beaches as well as more secluded coves.

Here is what you can expect when staying on the Albanian Riviera. 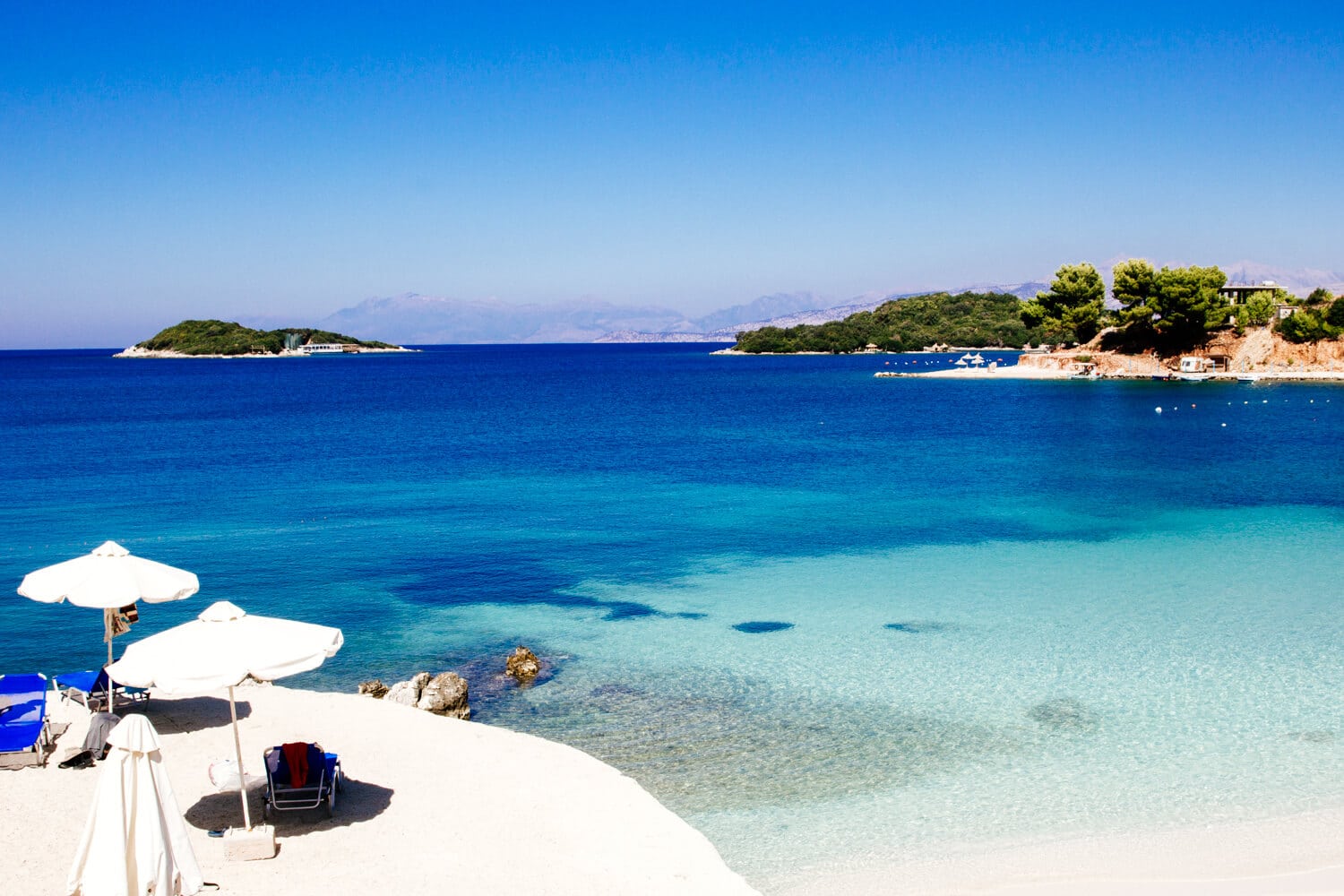 Ksamil is the southernmost beach town close to the Greek border and opposite the Greek island of Corfu. Here you’ll find white sandy beaches, the beautiful Ksamil Islands and a very chilled beach community. It’s part of Butrint National Park and the city of Saranda. Ksamil has one of the best beaches (it gets extremely busy in summer), excellent seafood restaurants and some nightlife. Being close to the Butrint archeological site is a bonus.

Where to Stay in Ksamil

I suggest avoiding hotels in Ksamil and choosing an apartment, most of which are extremely cheap in the off season and reasonable during summer. 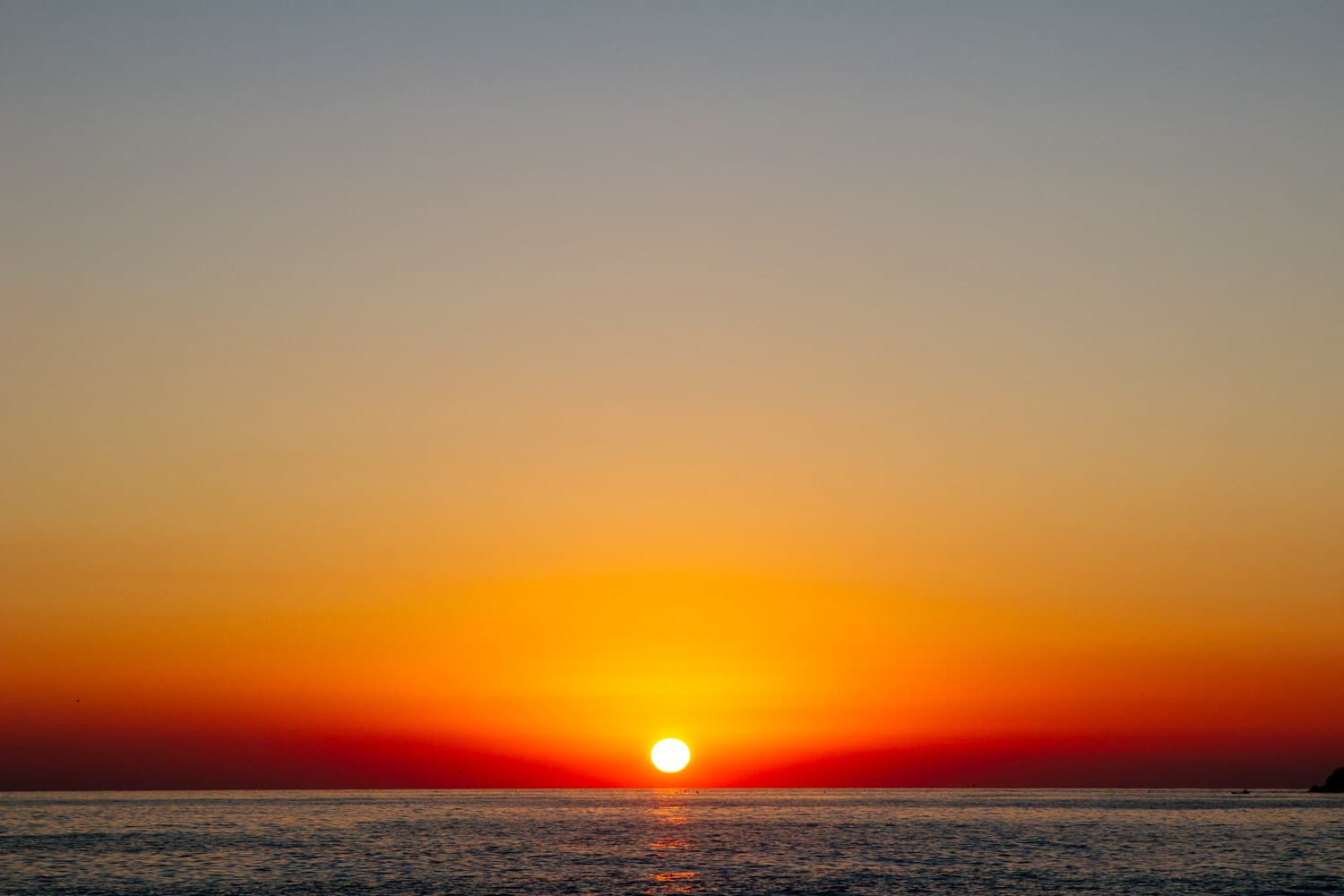 Himara is a small town and the most central of the Riviera beaches making it perfect to use as a base for exploring the entire Albanian Riviera. There are many smaller beaches around Himara so it’s an especially good choice if you’re looking for a quiet place to swim and secluded beaches and coves. Himara is also in close proximity to Porto Palermo, home to a small castle, beach and an abandoned Soviet submarine base.

Where to Stay in Himara 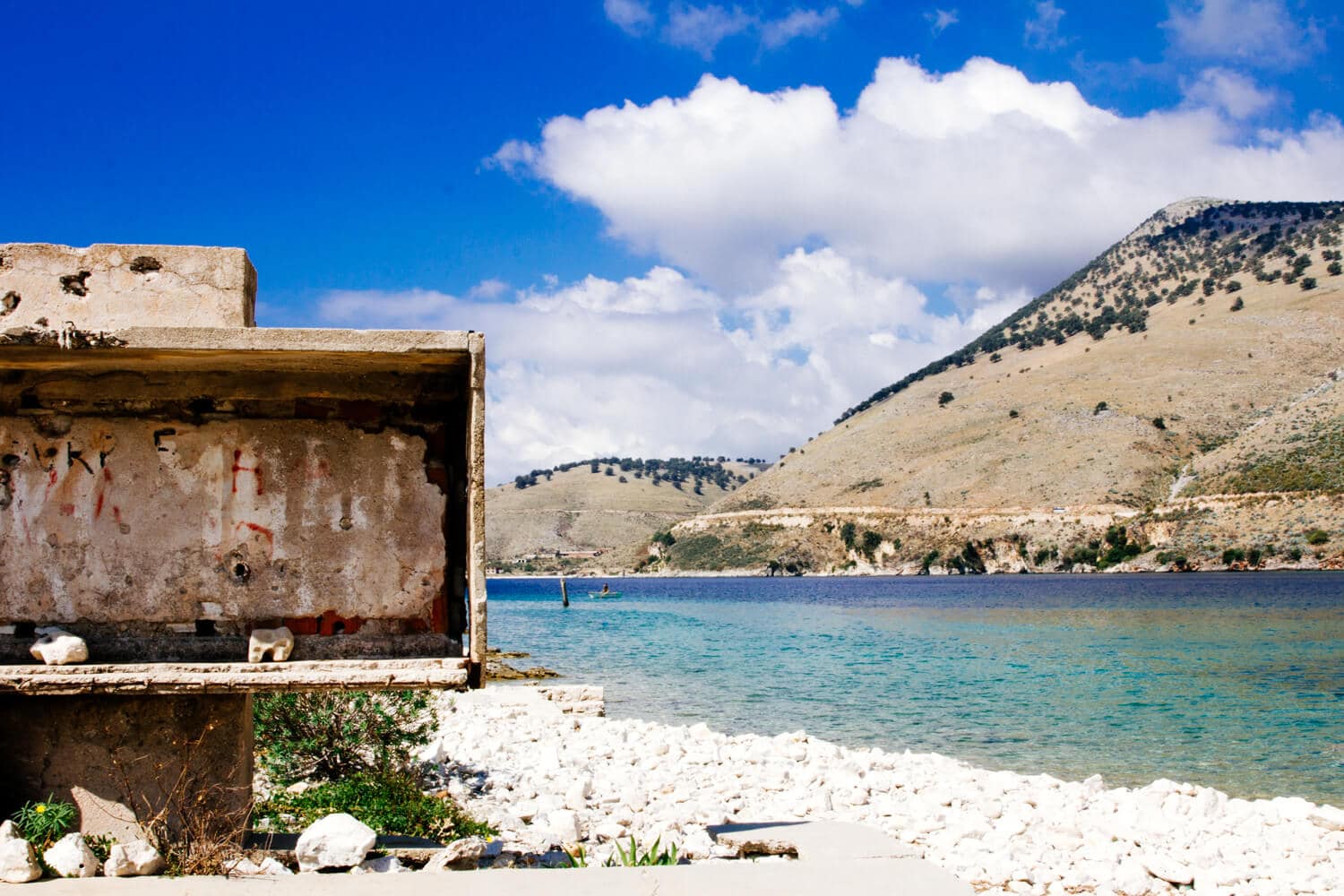 When in Himara I like to stay at Rondos Hotel for its absolute beachfront location. The rooms are basic but that’s reflected in the low price. After staying here the owner became a personal friend. He’ll treat you well.

Dhermi is one of the most popular beaches in Albania due to the turquoise water and shady pine tree covered beach. There’s more accommodation than in Himara and is particularly attractive to younger Albanians with many nightlife options. It’s not the quietest destination and in my opinion is too built up. I personally prefer to stay in Himara which is only 30 minutes away.

Where to Stay in Dhermi

I haven’t stayed in Dhermi so I can’t give a personal recommendation. Royal Blue Hotel (opposite the beach) and Golden View Residence (outside of town) are well rated.

Saranda is the biggest city on the southern Albanian coastline. It’s massively built up with ugly high rise apartments, many of which sit empty. The newer area away from the port (in the south of the city) has poor infrastructure and services but the most awesome sunsets and lowest prices.

Even though Saranda isn’t the prettiest city, it’s a great place to use as a base for visiting Butrint National Park, Ksamil, Blue Eye Spring and Gjirokastra. The beaches in Saranda are not great so I suggest getting away from the city if you want to swim.

Read about the best day trips from Saranda. 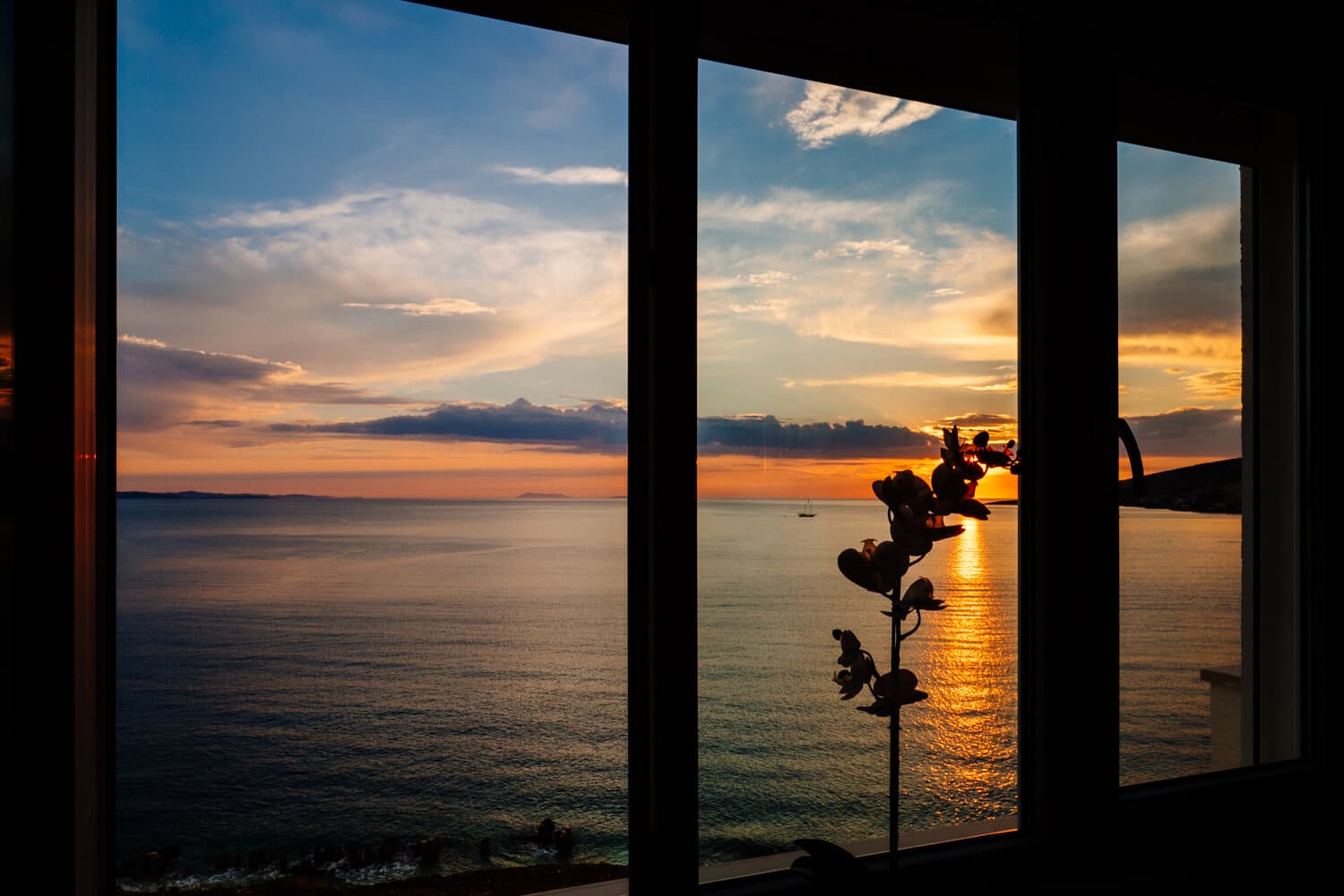 I’ve stayed at a few different places in Saranda and my most recent stay was at White Residence Apartments. The apartment is directly on the water giving you unobstructed sunset views. This is one of the nicest apartments I’ve stayed in Albania but beware of the cleaning fee which isn’t mentioned when you book (this really annoyed me). The location is in the south of Saranda so I only recommend staying here if you have a car or are prepared to walk.

You could also try Demi Hotel which has a fantastic seaside cafe and bar or Titania Hotel if you want to be right in the heart of Saranda.

Note: If this is your first time visiting Albania, I would like to point out that most accommodation is affordable but very basic. Even so-called luxury hotels and apartments are not what you’d expect in comparison to Western Europe. Be prepared for the occasional power failure and possibly rubbish on the beach and in the water. This is unfortunate but to be expected in a still developing region. This doesn’t change the fact Albania’s beaches, mountains and national parks are incredibly beautiful and worth visiting.

Please join our Facebook group if you have questions about travelling on the coast and where to stay in Albania on the Riviera.