Bratislava deserves more than a quick day trip visit but if time is limited you can easily do it from Vienna. It’s only a one hour drive or you can get the train from Vienna’s Sudbahnhof using their special day trip ticket (€15) which includes public transport in Bratislava. If you prefer a more scenic route you could take one of the high speed boats along the Danube but it’s more expensive than the train or driving.

Most of Bratislava’s sights are within easy walking distance of the main square Hlavné námestie. This square with it’s pretty architecture and quirky market stalls is one of the main meeting points for locals and tourists alike. It’s also the location of the small Bratislava Christmas market which is a great alternative to overcrowded Christmas markets in nearby Vienna and Prague. 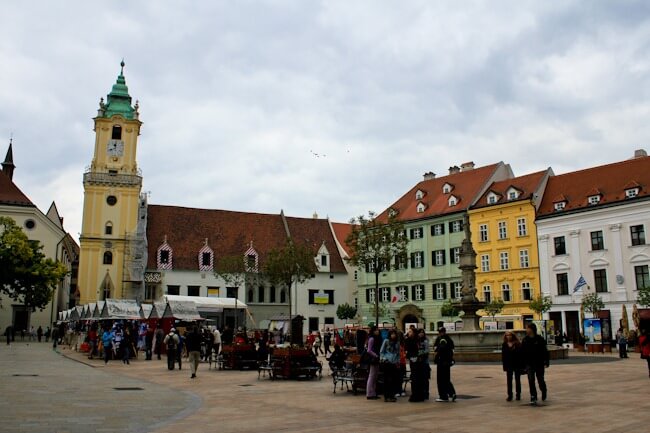 The Old Town Hall is one of the main attractions on the square and is where you’ll find the Bratislava City Museum with its torture instruments and the old town dungeons. 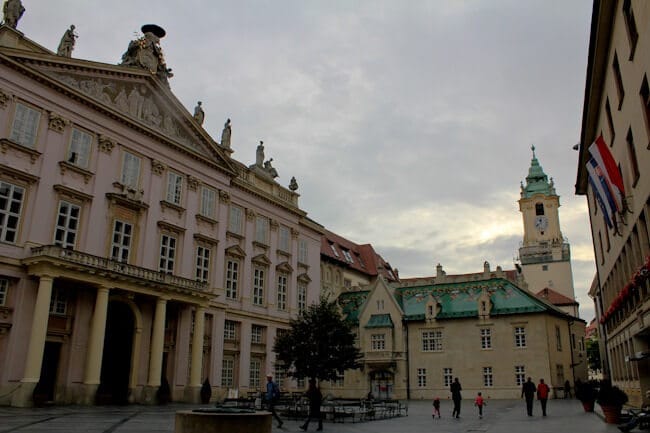 From there the best thing to do is wander and explore the medieval streets, cute shops and countless cafes. 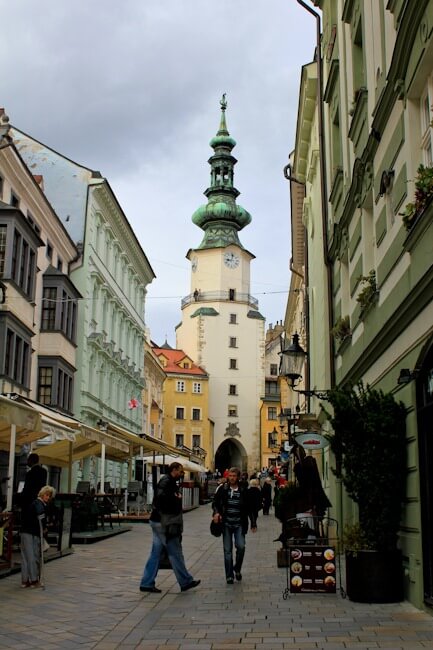 It’s almost impossible to get lost in the compact city centre, especially when you have Bratislava Castle up on the hill in the distance as a landmark. 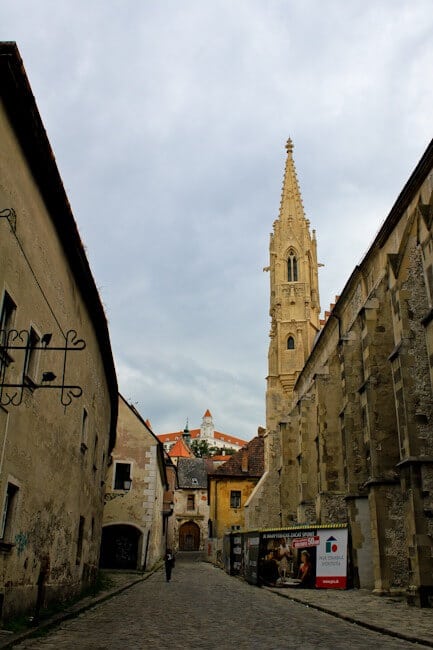 One of the prettiest areas is around the Bratislava National Theatre with its tree-lined pedestrian street and cooling fountains. 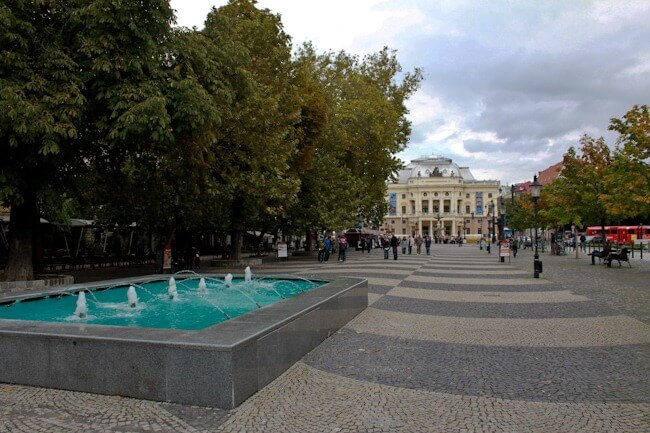 Don’t forget to try some Slovak beer and food while in Bratislava for the day. The pedestrian area near the theatre is a great place to stop and eat with many pubs and cafes serving cheap, filling meals and dark Slovak beer. 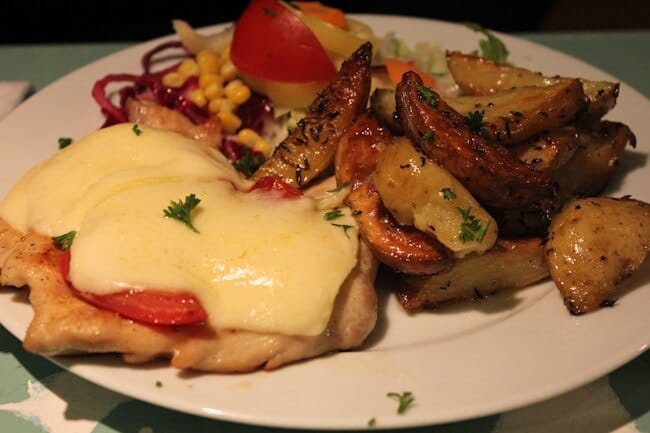 Bratislava isn’t all pretty baroque and neoclassical architecture. It has its fair share of ugly communist era buildings and squares including Freedom Square (Námestie Slobody) with its permanently out-of-order Fountain of Union and the Post Office Palace, the largest post office in the world. 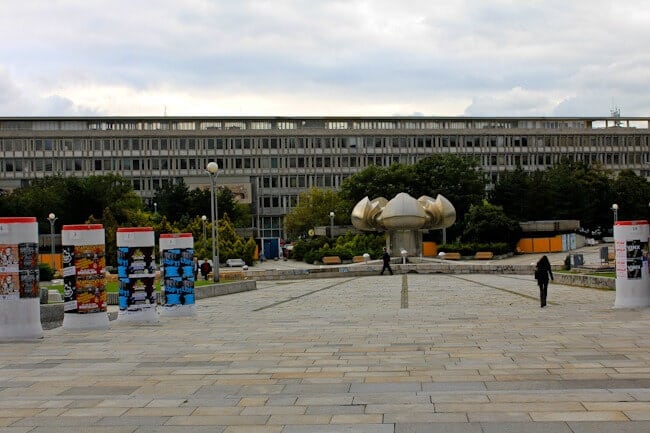 Not to mention the rows and rows of concrete block apartment buildings just outside of the historic city centre in Petržalka. The high rise building at the end of the bridge is known as the UFO and you can visit the observation deck for a fee or enjoy the views for free if you eat at the restaurant. 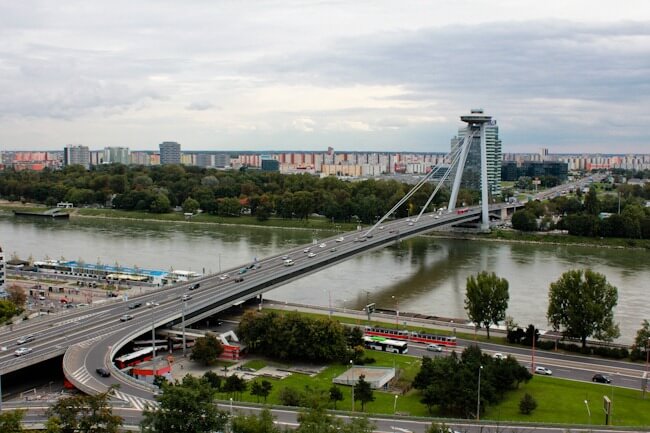 The lighter side of Bratislava can be seen in the quirky statues found around the city. I’m not sure of the history behind the life-sized statues but tourists love to pose with them. 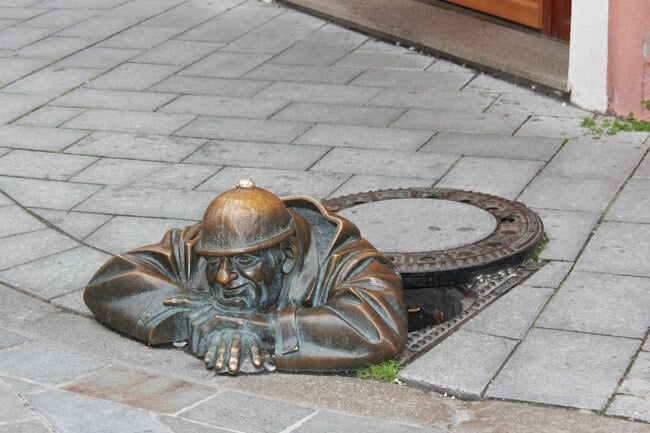 Not to be missed is a hike up to the perfectly restored Bratislava Castle. You can visit the castle and the grounds for free or just enjoy the views. 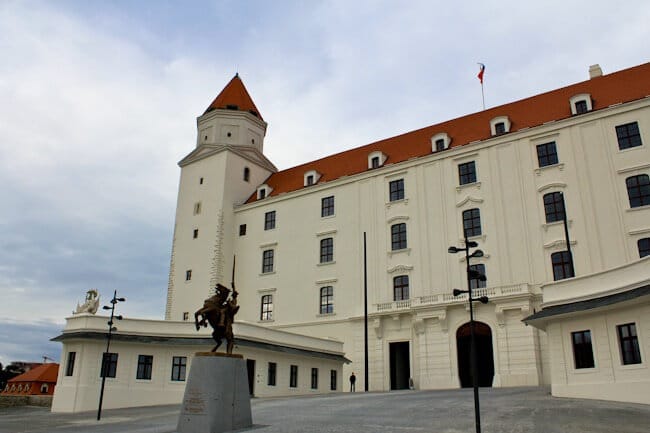 Vienna is known for its coffee houses but Bratislava has a very famous one of its own and I’d recommend stopping at Cafe Mayer before heading back to Vienna. 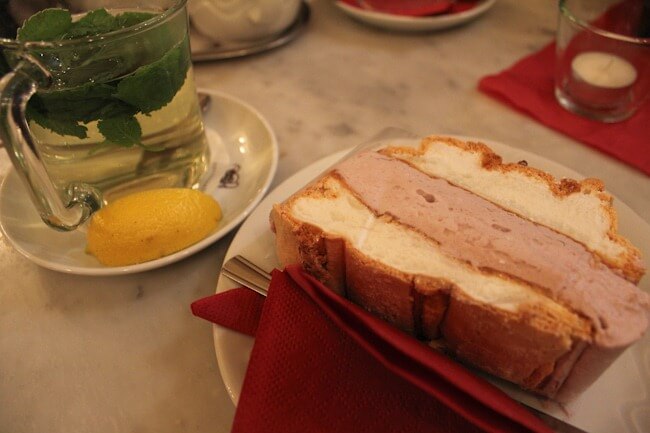 There are many other things to do on a day trip from Vienna to Bratislava and it’s probably worth spending more than a day in Bratislava if you can. There are plenty of museums and palaces to keep you busy and popular beer gardens to sample the local Slovak food, beer and wine.

Bratislava is almost like a smaller, less touristy version of Prague and it’s one of my favourite day trips from Vienna. If you’re interested in more destinations in Slovakia, consider the quirky neighbourhoods of Kosice in the east or Esztergom on the Slovakian/Hungarian border.

A vignette (sticker) is required when driving on the motorways in both Austria and Slovakia. Vignettes can be purchased at the border or from most petrol stations in either country. 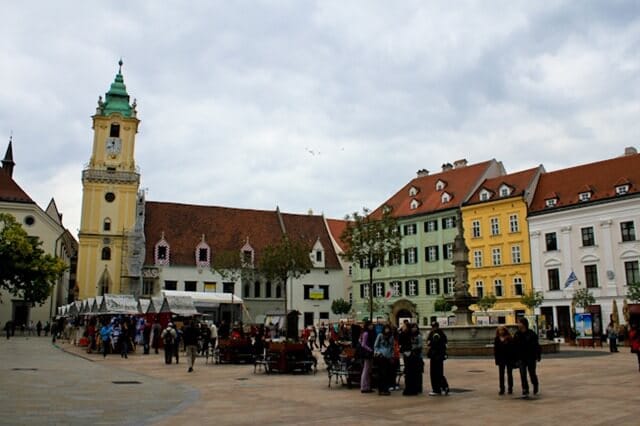