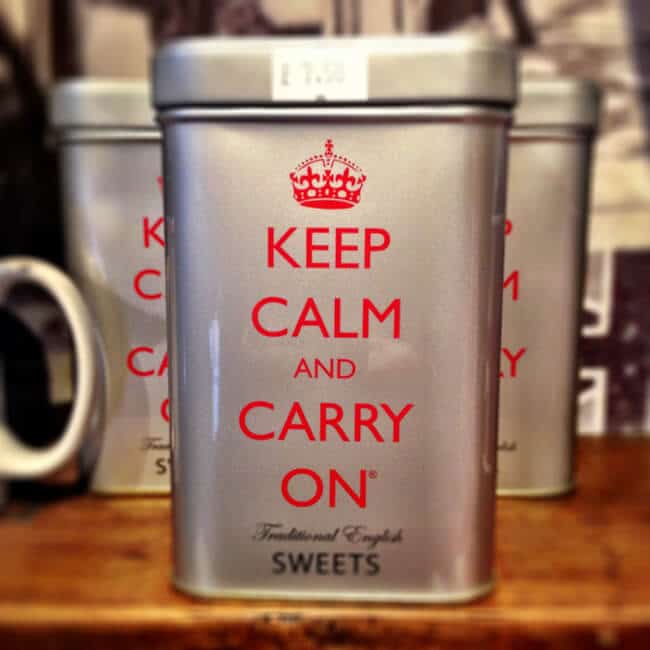 Food tours can be fun and informative. What better way to learn about your destination than by being lead down bustling city streets and narrow lanes, indulging in bites of new and wonderful flavours which come together to represent a slice of the local culture?

Food tours not only open your eyes and taste buds to the local cuisine but introduce you to the area’s history and people. Where were fish and chips invented? Why are there so many curry houses in Brick Lane? Have hipsters really invaded Shoreditch? All these questions can be answered on a food tour. 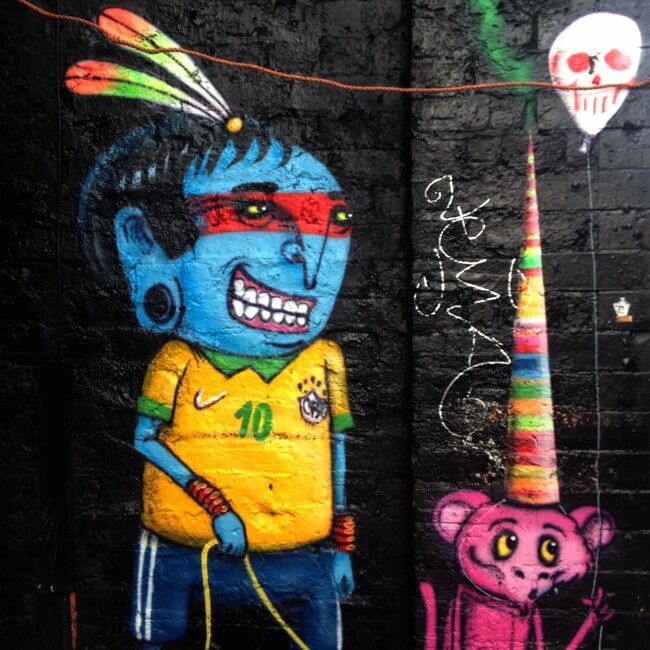 Unfortunately, food tours can also be long, tedious and tiresome, especially when you inevitably end up going to places you have no interest in. Why pick up a slice of gourmet pizza when you prefer to snack at a Korean food truck? That’s why over three trips to East London I’ve compiled a list of the area’s delicious eateries, from the over hyped to the underdog, so you can create a DIY food tour you’ll love.

Pick from the following great cafes, restaurants, bakeries and food trucks to create your own food tour of the East End or simply follow on Foursquare.

Indian might not be the first choice that comes to mind when you think of breakfasts but what an amazing discovery Dishoom was with their slightly spicy Bombay Omelette, delicious Akuri and their unforgettable naan egg rolls (also available in bacon and sausage versions). Dishoom went straight to the top of my must eat breakfast spots when I dined at their Shoreditch branch. Not only are the flavours of each dish complex and delicious but the restaurant decor takes you back to another time in another world. 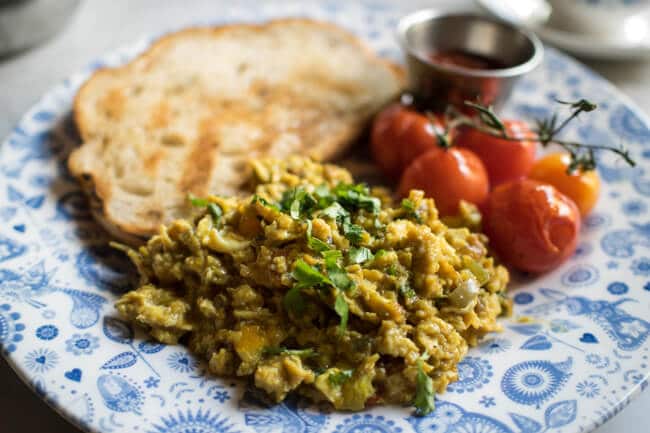 I still believe Australian cafes do the best breakfasts in the world but London is slowly catching up. The Breakfast Club has tasty, fluffy scrambled eggs, best paired with avocado on toast, or go for the bacon and pancakes with maple syrup which sounds bizarre to me but is one of their specialities. 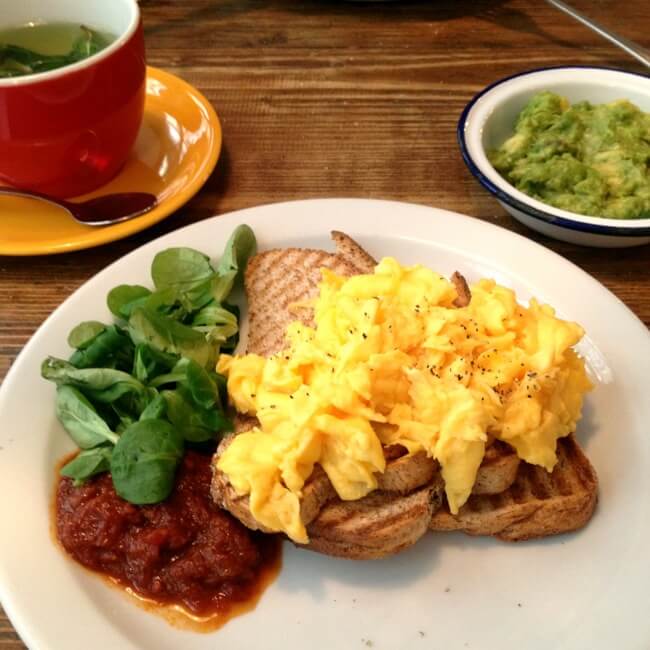 The very English and very old school Beigel Bake is open 24 hours but I think their corned beef bagel sandwiches are best as an on-the-go brunch, especially as a hangover cure. This place is incredibly popular with locals and tourists and it absolutely deserves the hype. 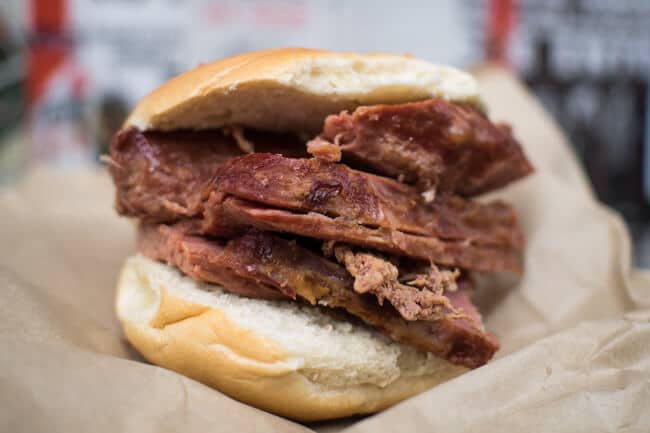 A London institution, Poppies has been around since the 40s and it’s still one of the best fish and chips shops in London. I could happily eat at Poppies every day (after breakfast at Dishoom). The quirky 50s diner decor will tempt you to eat in rather than sitting outside with your fish and chips wrapped in newspaper. 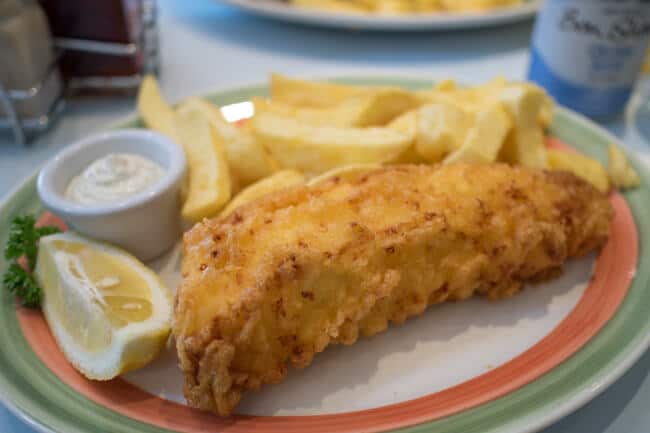 Brick Lane is known for its curry houses but not all have the best of reputations. You’re better off to head to Tayyabs for their famous sizzling lamb or the mixed grill. Lahore Kebab House also has an excellent reputation. Bookings are recommended for both. 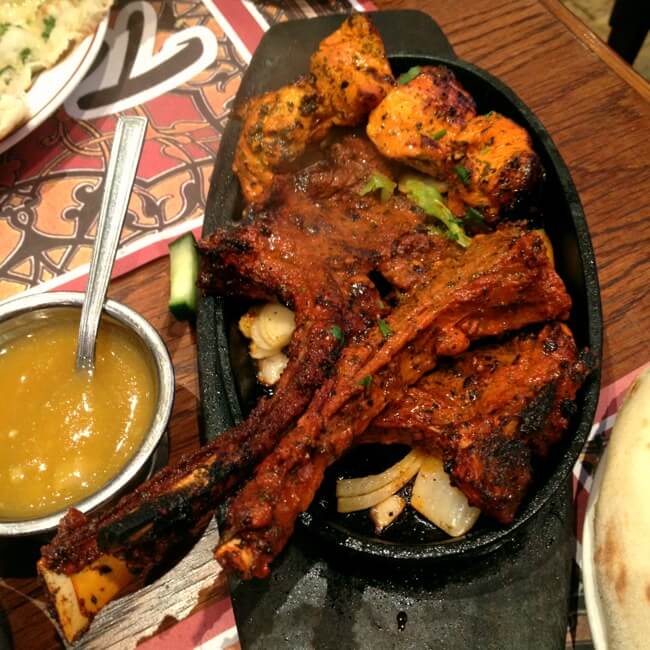 It’s worth heading a little further afield to Efes for their delicious Turkish food. It’s hard to believe I’ve never been to Turkey given how much I love Turkish food but the great food at Efes is enough to keep me happy while in London. 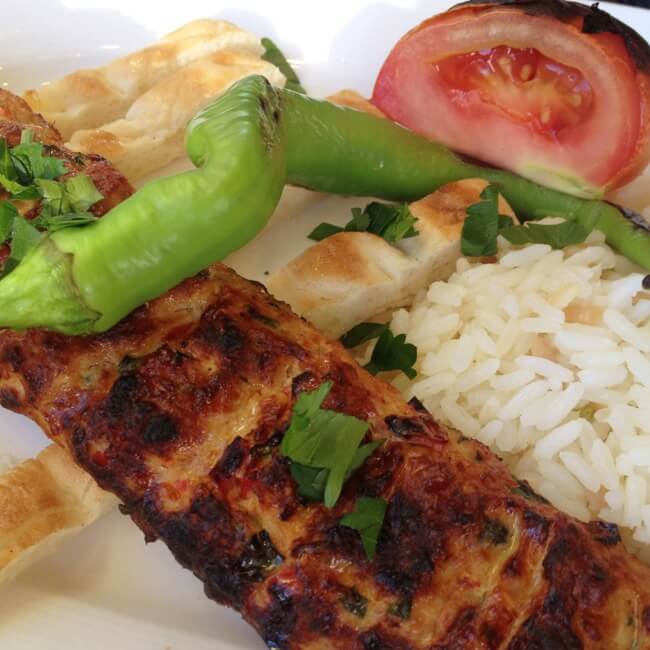 Gourmet burger joints are popping up all around London including the aptly named Gourmet Burger Kitchen. I don’t know about their other restaurants but the Spitalfields location is painfully busy and noisy during the lunch rush. The burgers are great but get there early or late if you want to eat in peace. Skip the stingy side dishes and save room for dessert elsewhere. Caboose might be a better option, especially if you loved slow cooked meat and pulled pork.

I’ve been to Lupita East a few times and while the food is tasty the portions are on the small side and prices on the high side. Only go here if you have a serious craving for Mexican food or just go for the churros and incredible cajeta dipping sauce. 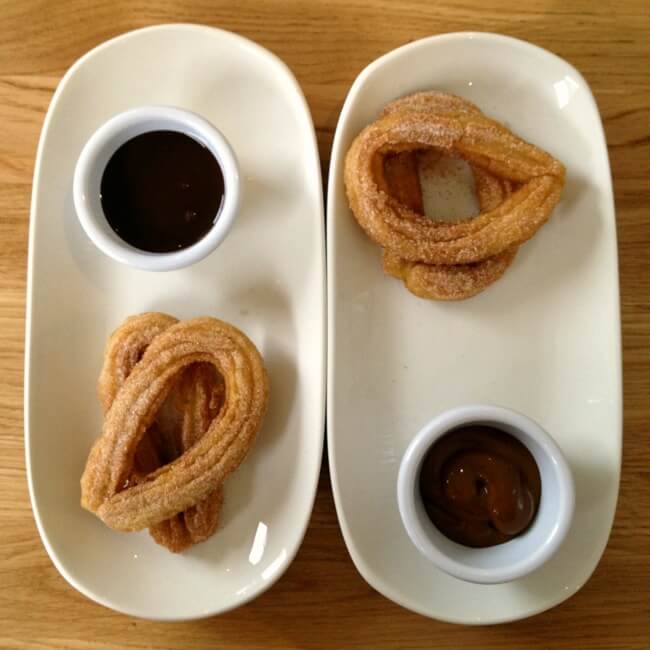 The Old Spitalfields Market is the hub for all foodie activity and shopping in the East End. There’s a bit of everything at Spitalfields. Try Leon for healthy-ish fast food, Androuet for cheese and wine or Wright Bros for seafood.

Food trucks are popping up all over London. The Orange Buffalo is one of the most popular in the East End or try some of the others on Dray Walk near the Old Truman Brewery. There are always long queues for the fried chicken food truck or try the Venezuelan arepas for something a little different. Not far from Dray Walk you can try Constancia’s food truck in Shoreditch Food Village for a taste of Argentina. 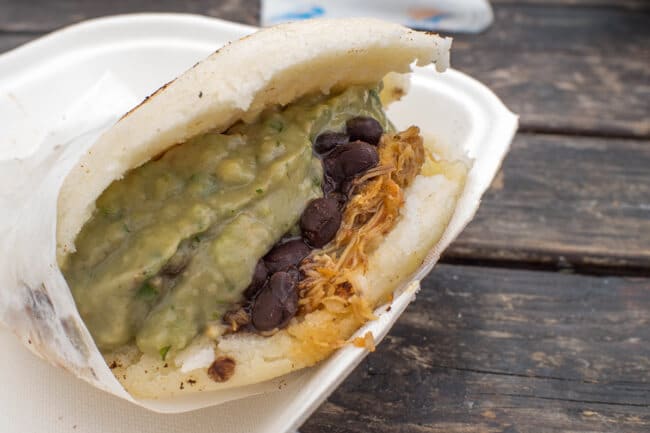 Located at the top end of Brick Lane, Kahaila is one of the coolest places for coffee and cake in the area. Stop for a quick bite and to get online with the locals who treat the cafe like a co-working space. 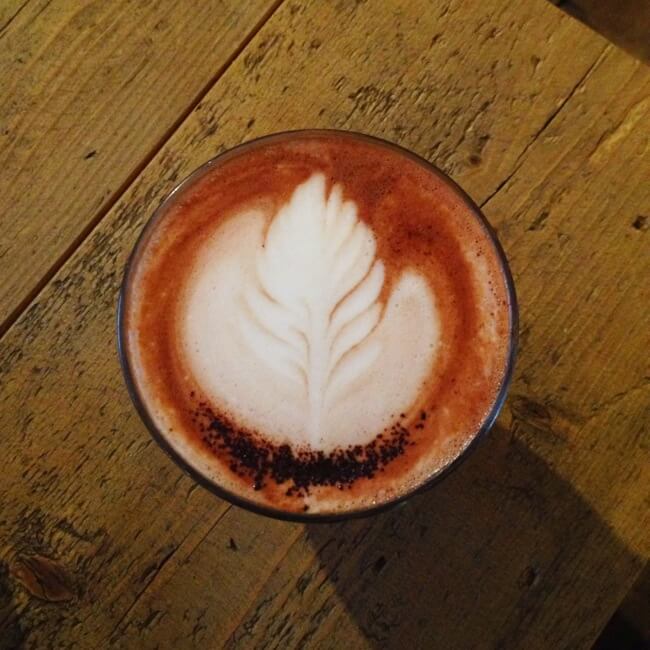 The Hummingbird Bakery is often cited as one of the best cake shops in London but as with anything, opinions differ. I’ve heard comments that it’s over hyped but I always go there for my cupcake fix. Pick up one of their popular velvet cupcakes after lunching at nearby Spitalfields. 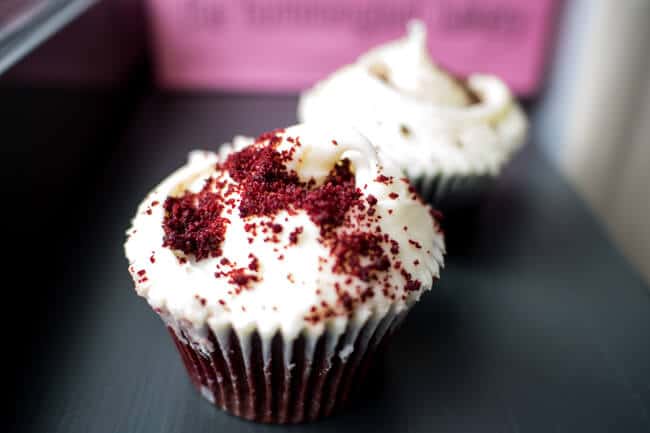 Stepping out of the busy Aldgate East station, the Exmouth caught my eye when I saw lamingtons in the window. I can never resist the chocolate and coconut dipped sponge cake made famous by my country. But as much as I love lamingtons, Exmouth’s strength lies in their delicious salads which vary daily. Eat onsite or get your food boxed up to munch on later. 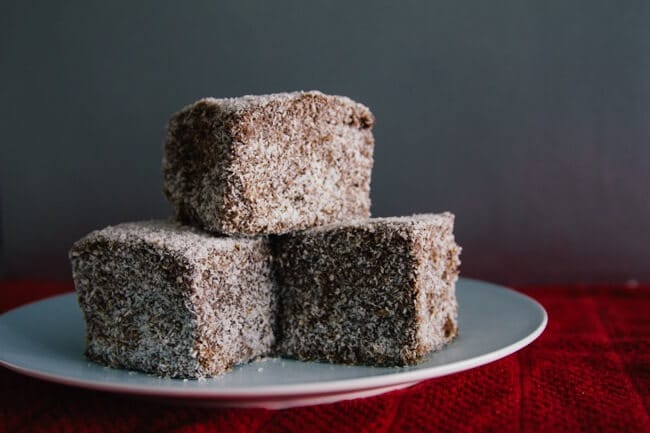 Pierre Marcolini has opened just near Liverpool Street. One of the best chocolate shops in the world. 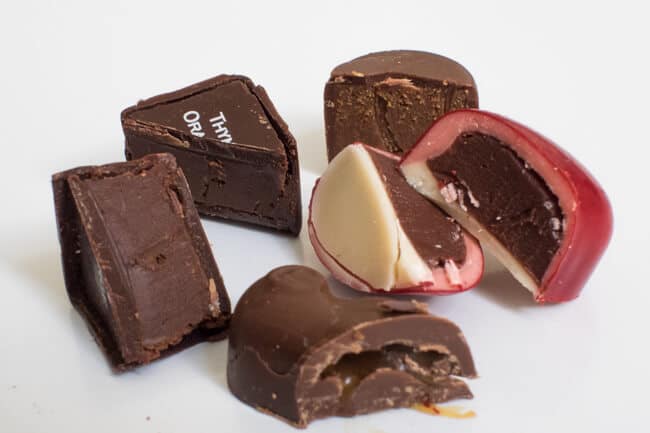 To answer those all important questions. The origin of fish and chips is debated but many agree the first fish and chips shop was opened in the East End in 1860. By the 1960s, the population around Brick Lane was predominately made up of Bangladeshi immigrants and restaurants opened up to cater to them. And yes, Shoreditch has been invaded by hipsters.

Follow my Destination East London Foursquare list for all the addresses and opening times of the eateries listed.