Limousin is one of the most rural and least populous regions in France but there are many cute medieval towns worth exploring there, especially while driving from Paris to Toulouse or on a day trip from Toulouse. I stopped at a few little towns on my road trip but Uzerche was my favourite and not surprisingly it’s one of the most popular tourist destinations in Limousin. 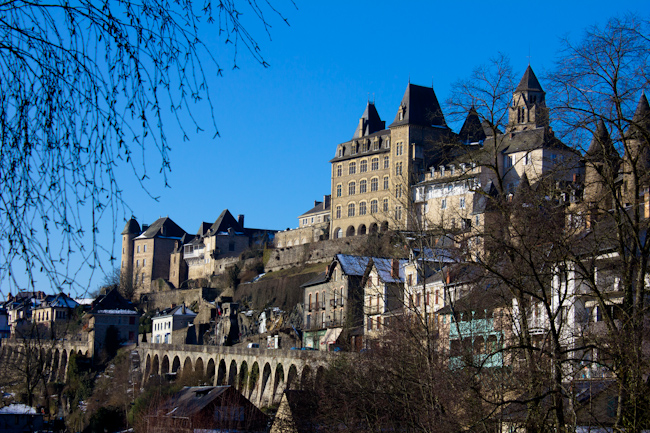 Uzerche is most well known for its turreted houses and castles built by nobles in the middle ages which dominate the town’s skyline. 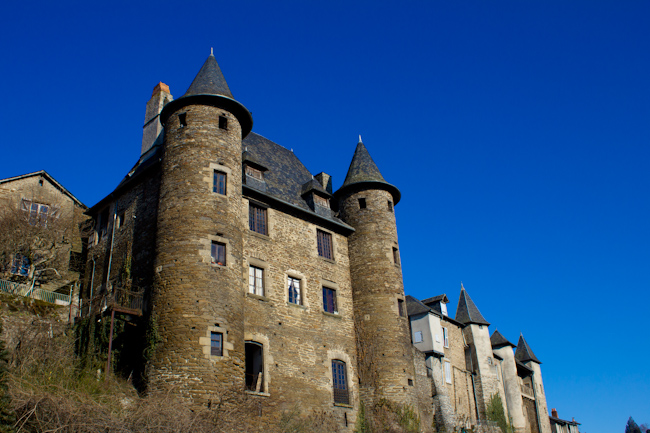 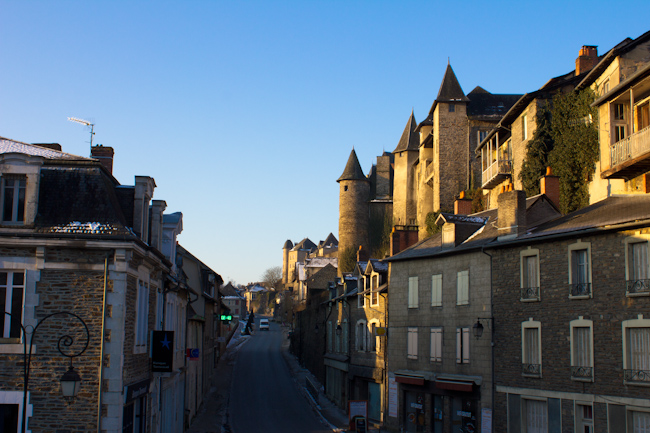 The weather in France this February was unseasonably cold which made it difficult to wander around the city but along with the turreted buildings the main attractions are the 11th century Romanesque church and the little shops and cafes found throughout the old town. If the weather was better we would have walked along the riverside and had a picnic near the old bridge. 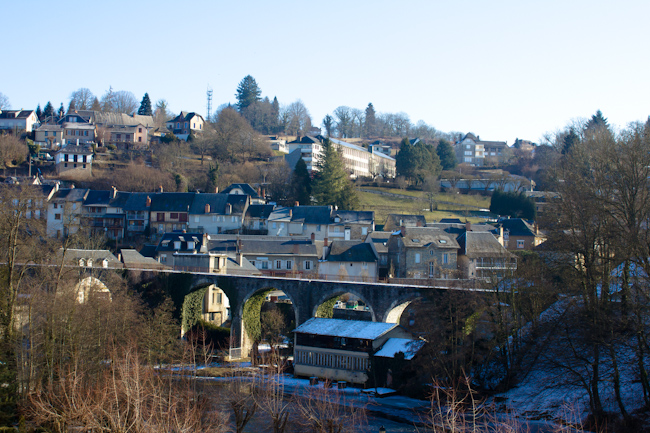 One of the quirky aspects of the town is this turtle monument located up on the bridge. I think it has something to do with the war but I didn’t have time to figure out what it was about because it was –15C and I was afraid if I stopped for too long I’d freeze on the spot. The bitterly cold temperatures also explain my weird stance and expression. 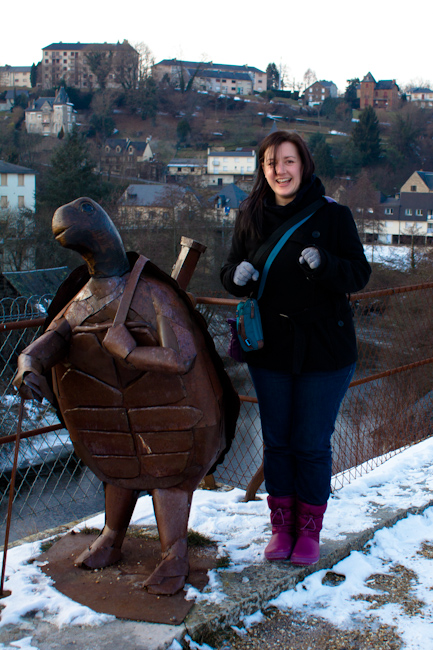 The Librarie (bookshop) and Salon de Thé on Place Elmetti is a great place to warm up with a gourmet tea and cake in the afternoon. We visited on a Saturday afternoon in winter and this was pretty much the only cafe open in the entire town but the staff were very welcoming and there was a great selection of tea and coffee available. 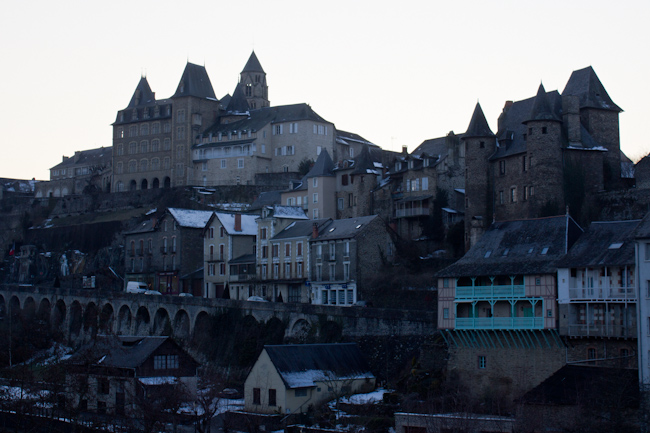 Uzerche is in lower Limousin and is just off the main highway between Limoges and Toulouse. If you’re based in Toulouse you could easily do a day trip to Uzerche as well as other medieval towns in the area like Tulle, Brive La Gaillarde and stunning Carcassonne. 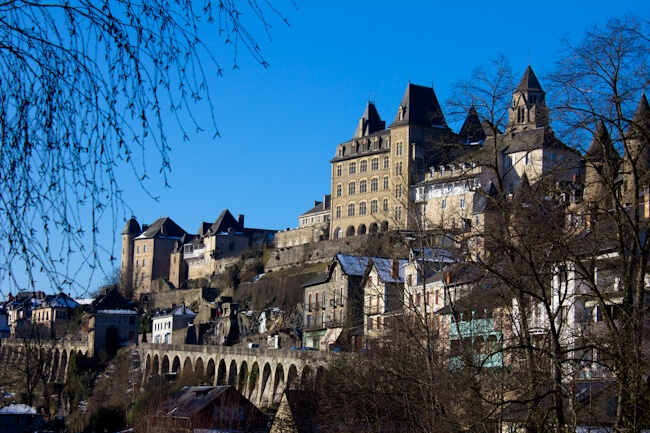