Leipzig has a long coffee house tradition which started back in the 17th century. Zum Arabischen Coffe Baum is the most traditional Leipzig coffee house of them all and is not only the oldest coffee house in Leipzig but in all of Europe and was my first stop in Leipzig. 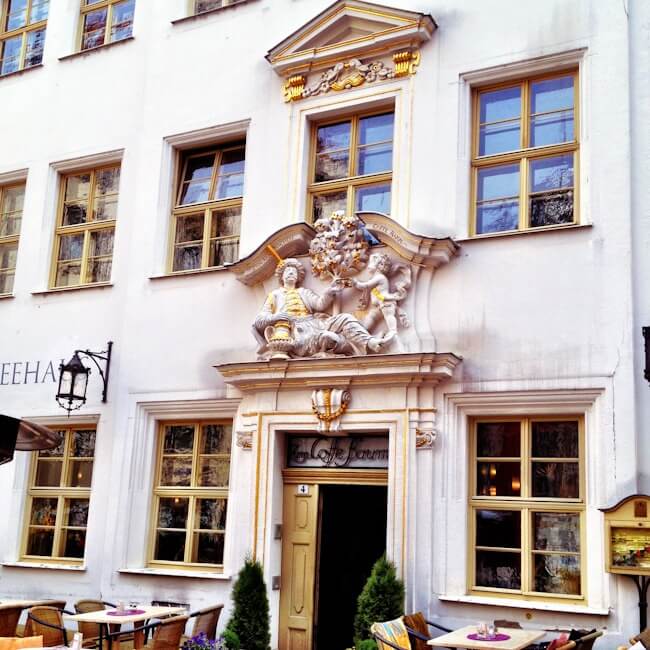 Coffe Baum is not just a coffee house but also a restaurant and coffee museum. They don’t open until lunch time which I found a little strange for a cafe so I had to go back later in the day but it’s such a cosy place it was worth the wait. I suggest heading upstairs where they have 3 different themed rooms; a Viennese style cafe, a French cafe and an Arab cafe. It’s an unusual setup but a fun place to stop for coffee and cake in Leipzig.

While it was fun to visit such a famous coffee house in Coffe Baum, I preferred Cafe Kandler which was a little more laid back and the service friendlier. They have a few cafes around the city but the one opposite the Bach statue had the nicest view and a cute French style seating area. Cafe Kandler is actually more of a tea house as they have over 80 different types of teas but they have plenty of coffees to choose from too.

Along with a huge range of fresh cakes and tarts, you can also find Leipzig’s famous Leipziger Lerche and Bachtaler pastries here. 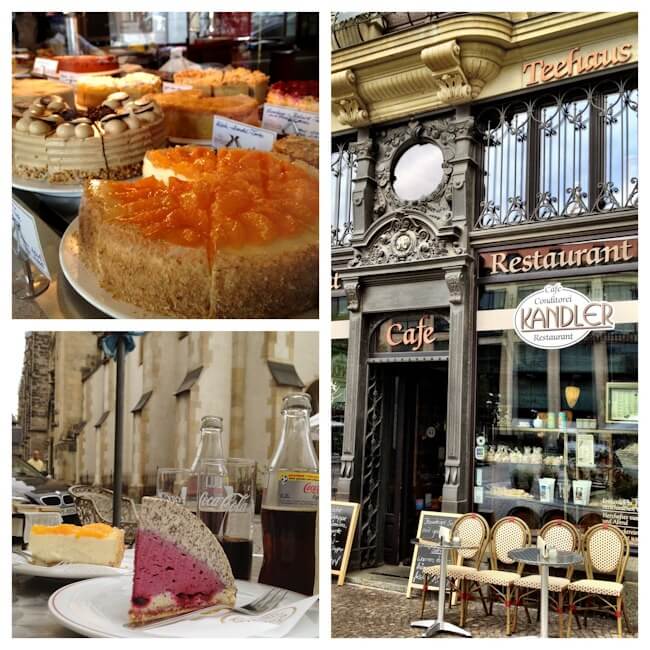 The most unusual setting of all the coffee houses I visited was at Coffee House Riquet as you’re greeted by two large elephant heads as you approach the Art Nouveau building. 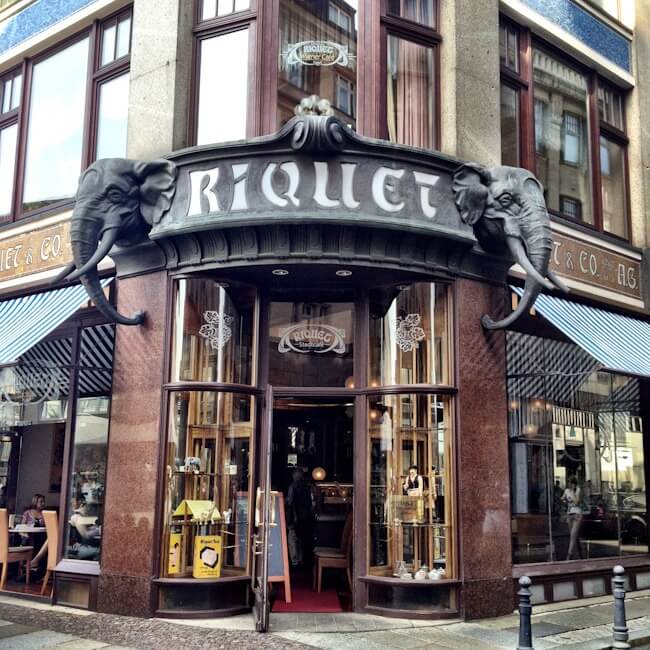 The interior is less impressive as it’s quite modern but it’s a relaxing place to take a break in the centre of Leipzig. The cakes here were my least favourite of the three cafes I visited but they do a nice hot chocolate if that’s your thing. 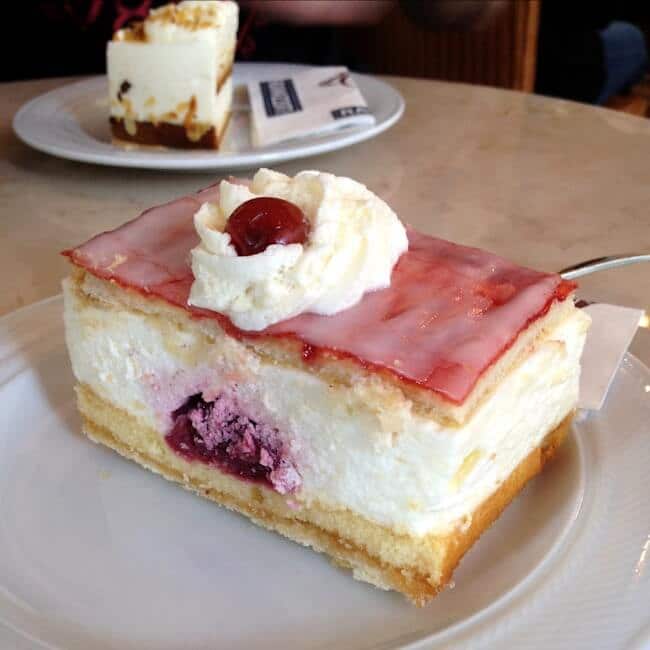 Many new coffee houses have opened in Leipzig in recent years so there are plenty of modern places to choose from if you don’t like these traditional coffee house but I think at least one of them would be worth a visit if you’re in the city.

Where to Stay in Leipzig

In Leipzig I stayed at the Best Western Hotel Leipzig which is located just opposite the train station and a short walk to the centre of Leipzig and all three coffee houses.