On the tip of my toes, wavering on the rim of the toilet seat I struggled to find my balance. One slip and I’d have a disaster on my hands, in more ways than one. I reached as high as I could and quickly snapped a few photos with my phone. With the Albanian mafia watching my every move I was too nervous to take my camera into the toilets with me, especially after being given strict orders, “no photos in Lazarat”. 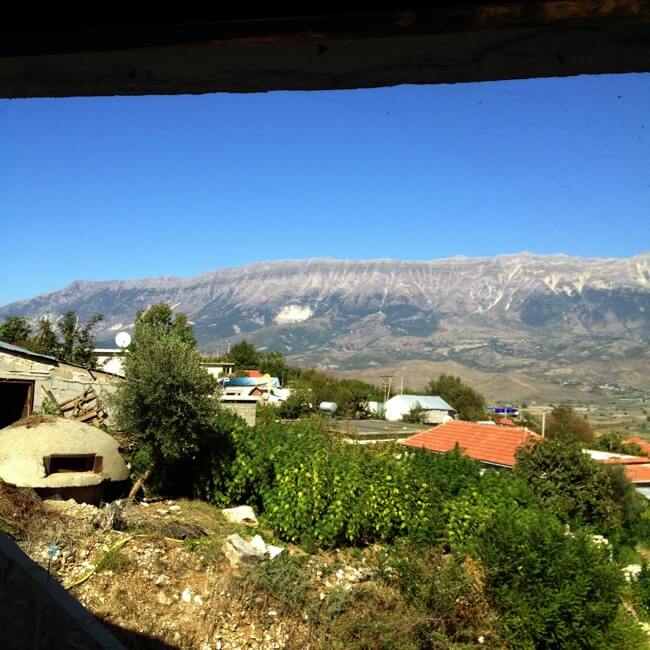 All heads turned as we entered the restaurant. “Are they the police?”, one local questioned with suspicion. We chose a table by the window and did our best not to stare at the incredible sight below.

Our plan was to enter Lazarat and nonchalantly act like simple tourists who had no idea what goes on in the village. We were playing the dumb tourist card. It wasn’t working.

All eyes were on us. I felt uneasy and unwelcome. We were about to have a leisurely lunch in the lawless state of Lazarat, the drug capital of Europe and home to Albania’s drug lords. Lazarat; a place few tourists dare venture. But as I turned to admire the view I couldn’t help but laugh at our position overlooking the expanse of green fields below. Fields of marijuana as far as the eye could see. 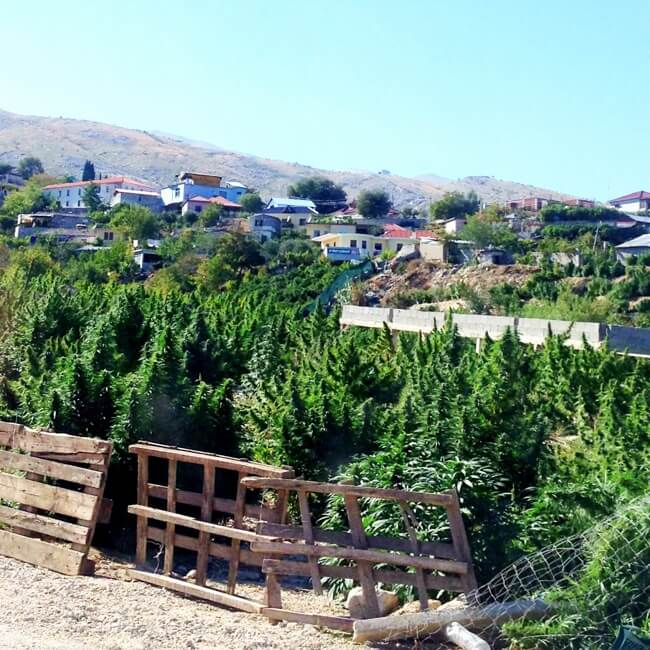 The village houses were practically consumed by the tall budding plants ripe for harvesting. The streets were blocked with mafia cars; late model Mercedes with solid black window tinting and an absence of license plates. A constant supply of water trucks were making deliveries from the nearby springs. Peasant workers were tending to their valuable crops. Lazarat is bustling in September.

The steel faced restaurant owner reluctantly took our order, no doubt wary of foreigners in a place they don’t belong. It was clear he didn’t want us sticking around. I suspect we were the first Australians to ever set foot in there and we’ll possibly be the last. It was only later when we thanked him for his delicious home made yoghurt that a smile came to his face and his demeanour softened.

Over raki we found the moment to ask the pertinent question. We wanted to take photos of the cannabis plantations. He slowly nodded. I smiled briefly until I remembered nodding is the Albanian gesture for no. Taking photos would cause problems, big problems with the local mafia, some of whom were sitting in earshot.

That was my cue to head to the toilets, the only place I could covertly take photos. On my return I could see that suspicion was growing, our presence was drawing too much attention. It was time to make a hasty exit and return to the calm city streets of nearby Gjirokastra. 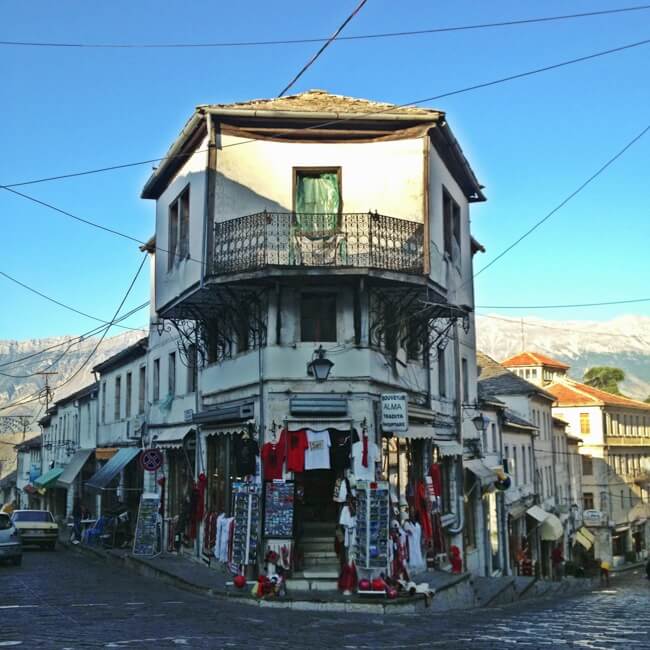 The question bears asking, ‘why visit Lazarat?’ I don’t have a good answer except to say I was curious and my travel companions were curious. We had all seen videos of Lazarat on Youtube and could hardly believe a village dedicated entirely to growing marijuana exists in Albania or anywhere in Europe for that matter. The government is aware of what’s going on and the police have tried entering the village but the mafia has a stronghold on the town. Police interference has been met with violent resistance. No one is prepared to give up this multi-billion dollar business which provides weed for all of Europe.

Even though the police turn a blind eye to the activities in Lazarat, I don’t recommend buying a ‘souvenir’ as you’re likely to get stopped at one of the police checkpoints just outside of the village. Then you might find yourself having to pay a bribe to get out of mafia controlled Lazarat and back to the real world.

For more ‘regular’ things to do in Albania, which are not quite so off the beaten path, check our my travel guide to Albania.