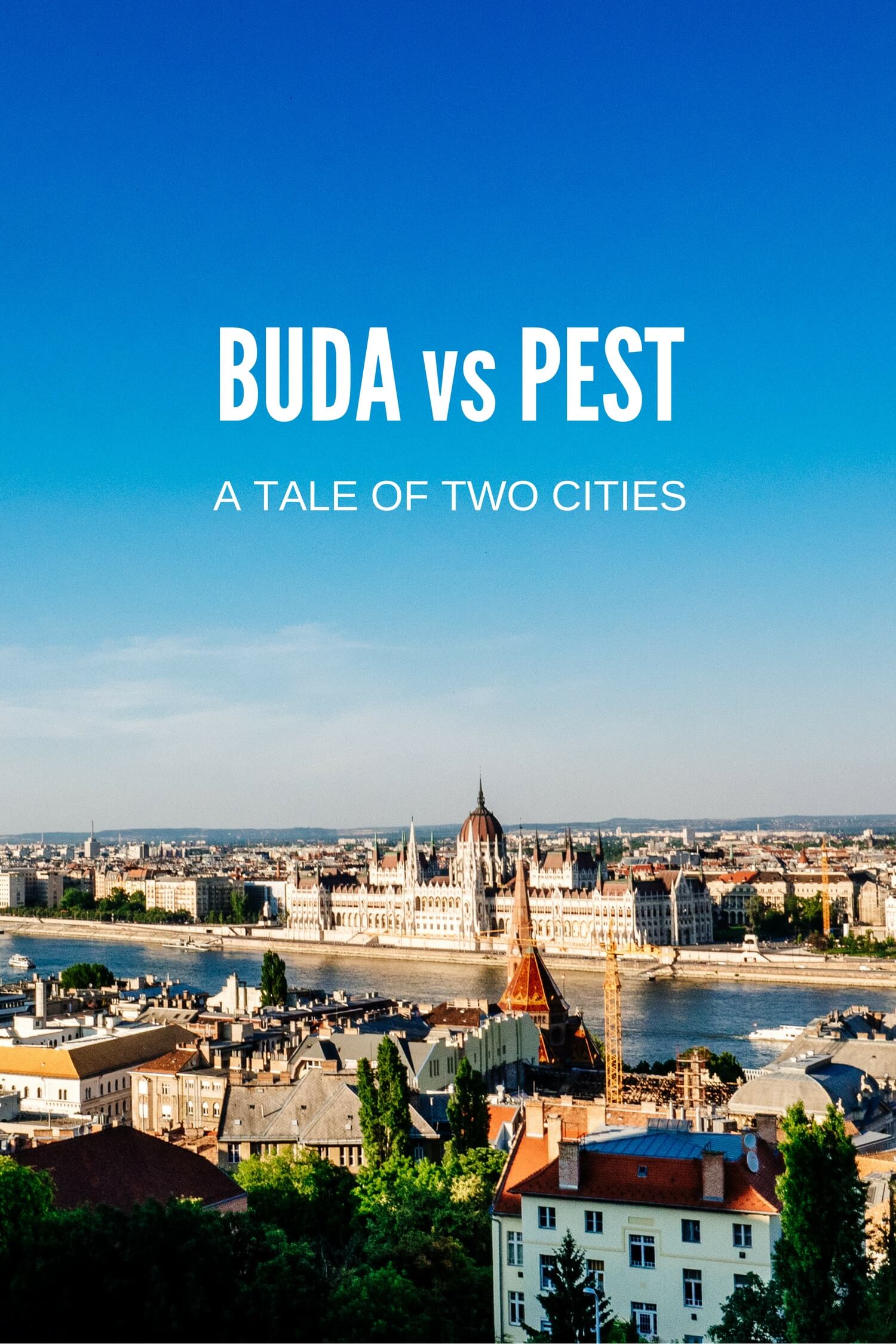 A friend of mine recently visited Budapest and proceeded to tell me how much she disliked the city. ‘Run-down and filthy’ she said. This came as a surprise to me as I rate it as one of the most beautiful cities in the world and in my top five destinations in Europe.

She went on to clarify that actually she liked Buda but hated Pest. 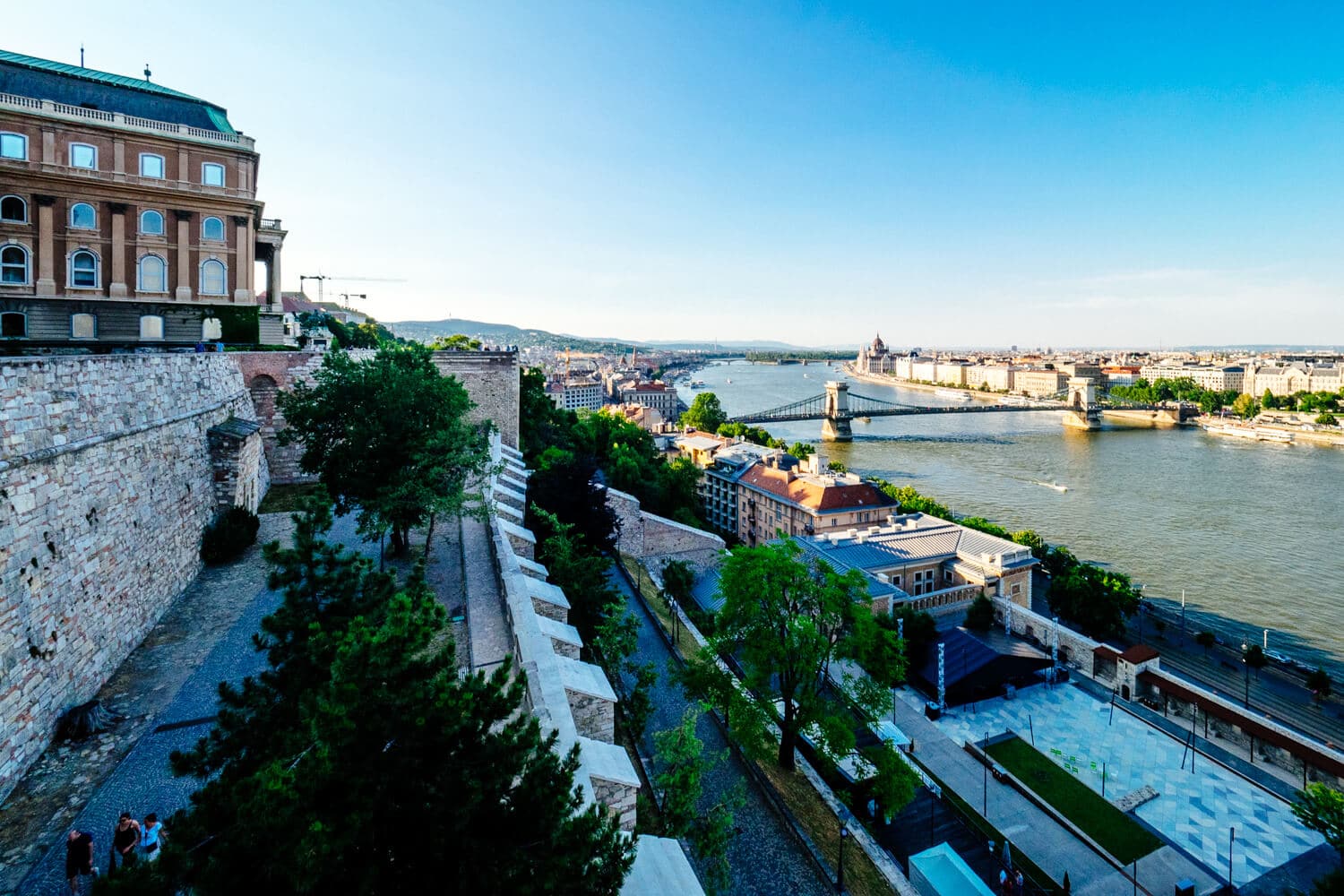 Everyone likes to tell the story of Buda and Pest, two cities on opposing sides of the mighty Danube River. Medieval Buda on one side, Habsburg era Pest on the other. Two cities finally united to form one great city, Budapest. I like to be a pain in the arse and correct people as Budapest was actually formed when three cities united, Buda, Pest, and Obuda. But hey, that’s just me.

Most people visit Buda to explore the Castle District, Fisherman’s Bastion and for that incredible view of the Hungarian Parliament. Some also venture to the Gellert Baths or maybe take a quick hike up to the Citadella.

Aside from the busloads of tourists, Buda is calm and quiet. It’s like a ghost town after dark but the streets are clean, the air is relatively fresh and not much ever happens.

Pest is where the action is. 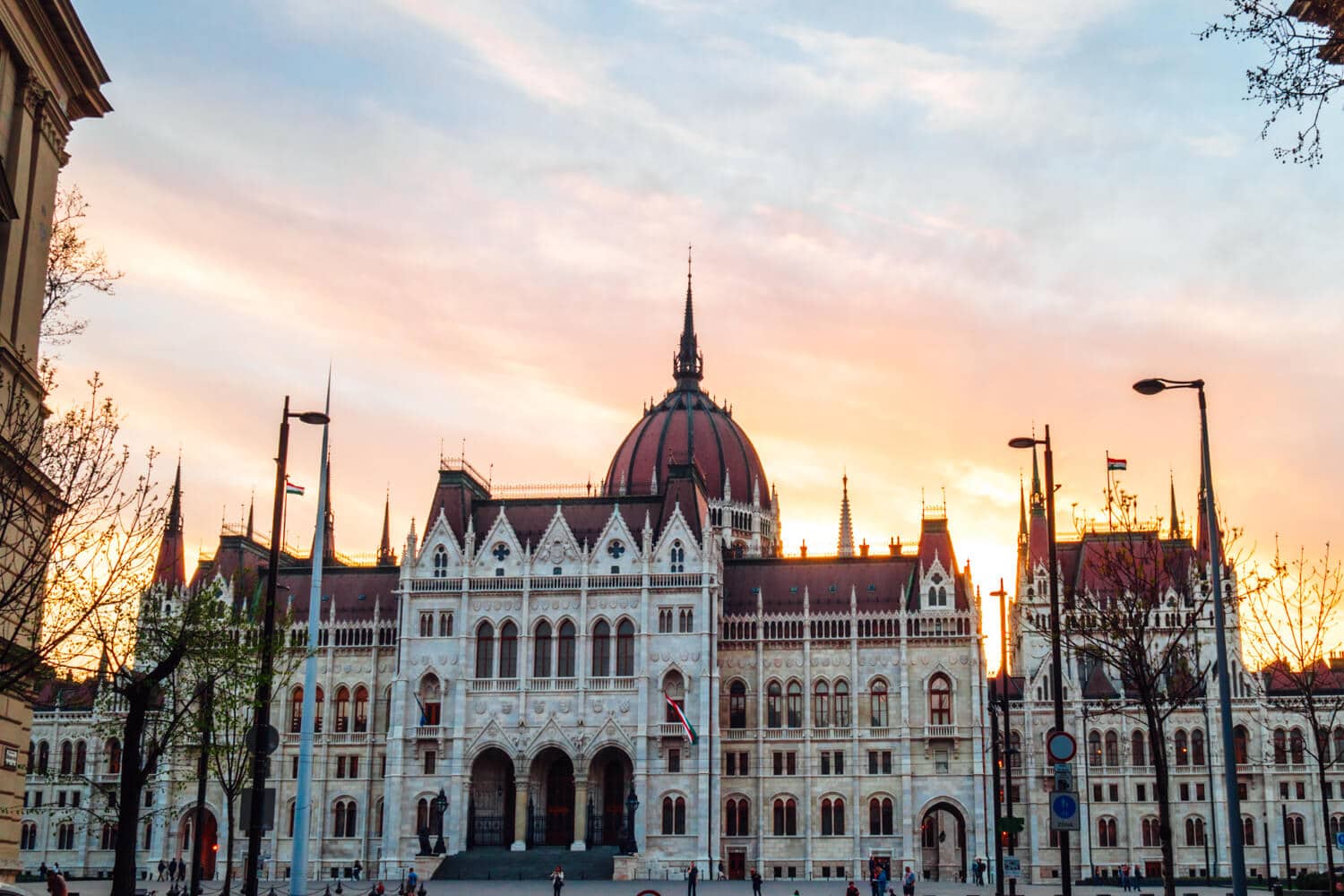 All the best cafes, restaurants and markets and in Pest. The Jewish Quarter alone is home to ruin bars, nightlife and the extraordinary New York Cafe. There are at least 15 specialty coffee shops in Pest. Basically anything food related is on that side of the river. 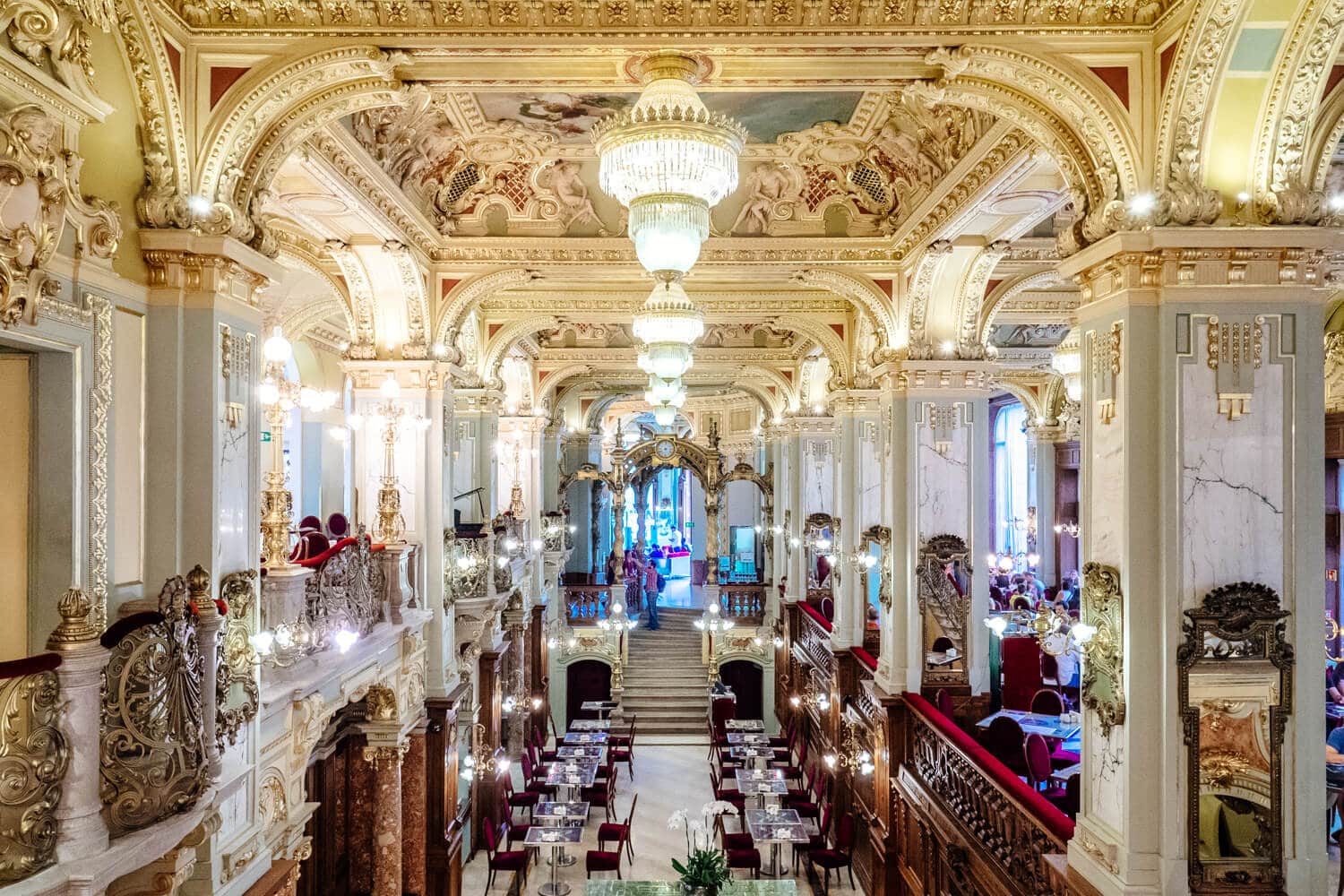 There’s also the Szechenyi Baths (equally good if not better than Gellert), the massive Parliament, Heroes Square, the Opera, St Stephen’s Basilica and some of the most incredible Art Nouveau architecture in the world.

Ok sure, Pest can be a bit grotty, especially in the Jewish Quarter. But tell me which big city has a nightlife precinct which isn’t a bit dodgy at times? 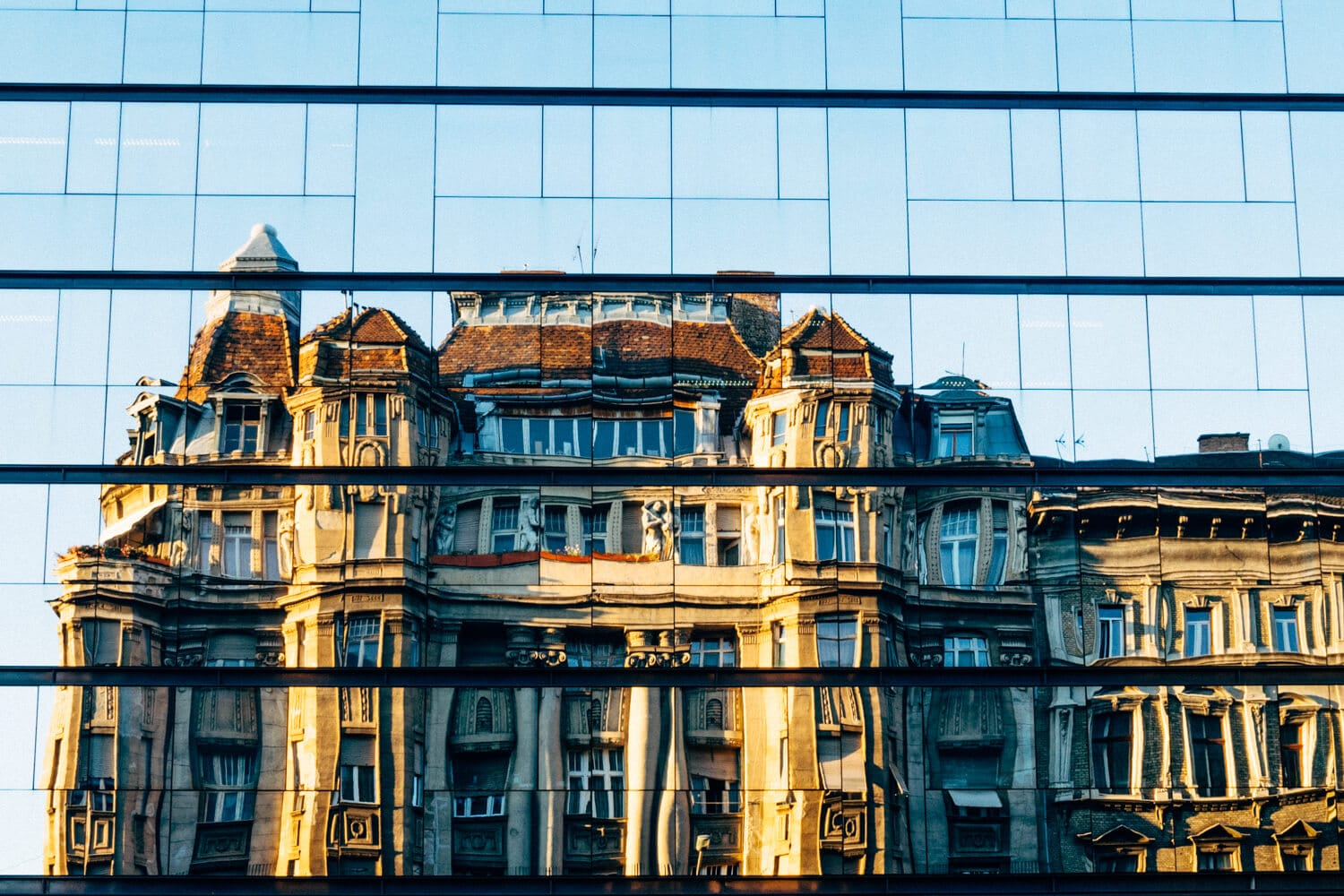 In my Budapest city guide I recommend people stay and spend most of their time in Pest, only visiting Buda for the few tourist sights you’ll find there.

The issues arise when you look past the pretty buildings and fun cafes and bars. Pest has significant social problems which aren’t so visible in Buda, problems which will likely make some people uncomfortable.

A few days ago I was having lunch at a popular cafe in the 8th district. It’s a busy area near the entrance to the metro. A woman was wandering around in filthy clothes, clearly long-term unwashed, long-term homeless. I think it’s fair to say she was suffering from mental health issues. At first I thought she was covered in mud. After pacing backwards and forwards a few times, I realised she was covered in faeces.

I have passed through some shockingly poor villages in Moldova. I have seen what some people sadly refer to as the sewer kids in Bucharest, Romania. I’ve also witnessed what I guess you would describe as ghettos, derelict buildings with no windows or power, home to large numbers of the Roma community, also in Romania.

The abject poverty in Budapest is right up there with those situations. I saw some terrible things while living in Budapest. Children opening selling drugs in the streets. Prostitutes leading clients into abandoned buildings. A kilometre long queue for a soup kitchen. It would be shocking to see this anywhere, but especially in one of the wealthiest regions of the world.

This isn’t the direction I intended this post to go. But the situation in Budapest has been on my mind for a long time. Thinking about why my friend liked Buda over Pest brought everything to the surface once again.

One of the most troubling things is that no one seems to care. Government funds are wasted on things like that stupid fence. Corruption is a daily event, from small incidents like businesses refusing to issues invoices to the more outrageous like the prime minister spending 20 billion forints (€65,000,000) on his new office. One of my Hungarian friends claims people are against government housing because they think it’s unfair that the poor should get help and not them.

Things are pretty messed up in Hungary and that’s one of the main reasons I left. Not that Hungary is alone in these types of issues of course. My own country’s government is doing some despicable things. But let’s face it, the whole world seems messed up right now.

This post kind of got derailed but I don’t mind. My plan today was to to discuss the differences on each side of the Danube, Buda vs Pest. But I also want to question what’s important to us when travelling. If a city is a bit dirty and run-down, with a relatively high level of homelessness, does that turn you off from visiting? Would you prefer to avoid that side of a city or do you want to know the reality?

I can’t get that poor homeless woman out of my mind. I don’t know what happened to her. She disappeared into the metro and I never saw her again.