Upon setting eyes on Bucharest’s Palace of the Parliament I was slightly underwhelmed. Yes, it’s a massive building but it didn’t strike me as being particularly remarkable or memorable. It didn’t have that grandiose feeling I had experienced when seeing photos in the past. But when entering the first of countless marble filled halls I realised just how extravagant this 370,000 sqm building really is. 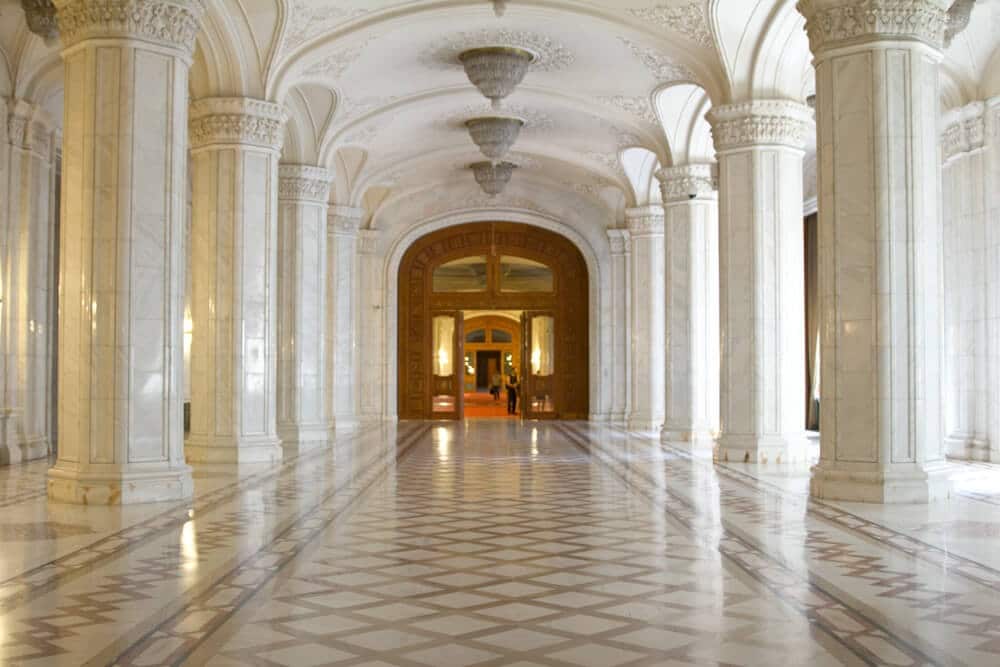 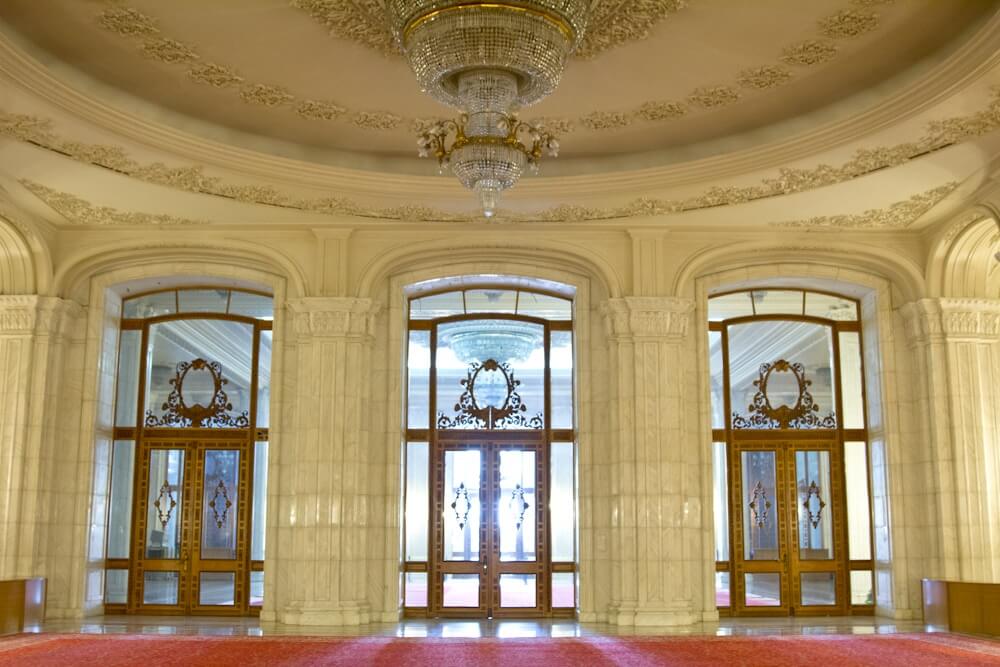 Walking through the palace you’ll be faced with wall-to-wall marble; staircases, meeting rooms, hallways and floors are covered in local Transylvanian marble. Most rooms are lit with crystal chandeliers and the windows covered with gold and silver encrusted velvet curtains. 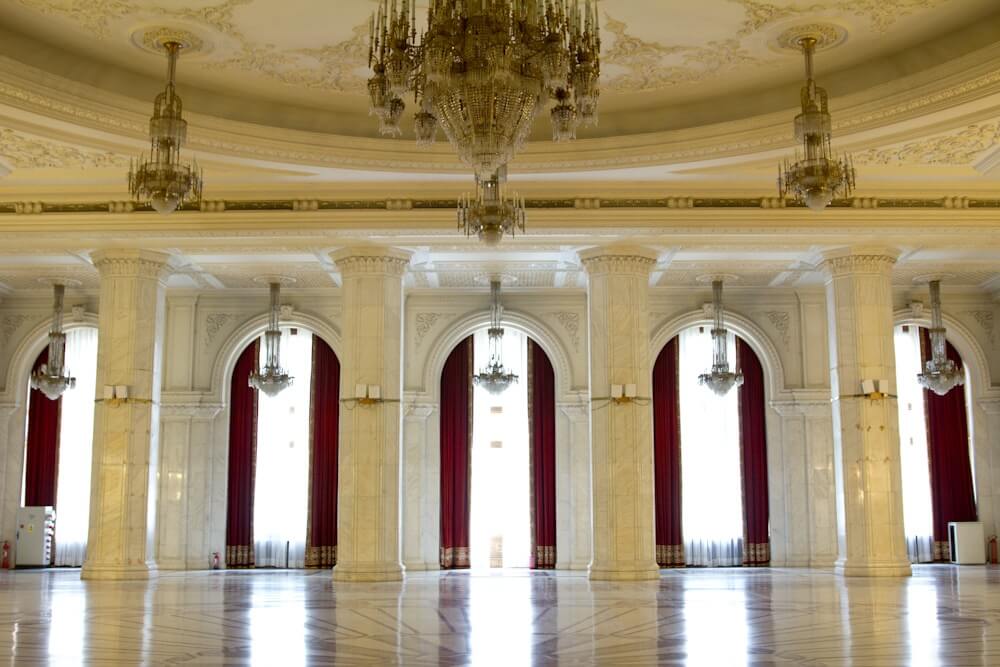 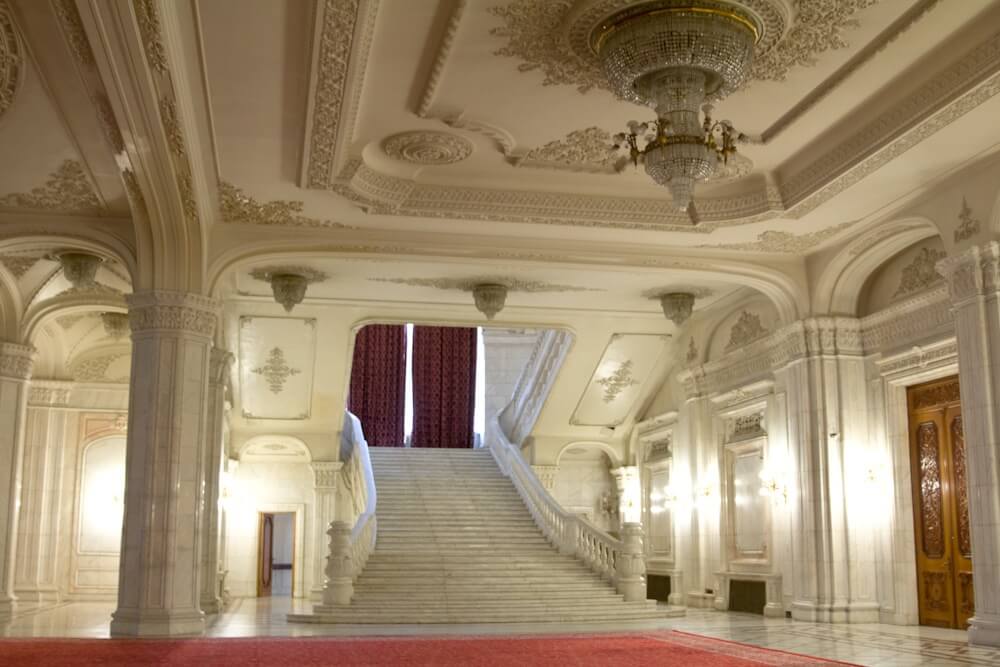 Many of the vast rooms are unfurnished as the building was never completed and Communist leader Ceaucescu was executed before he had the chance to move in. 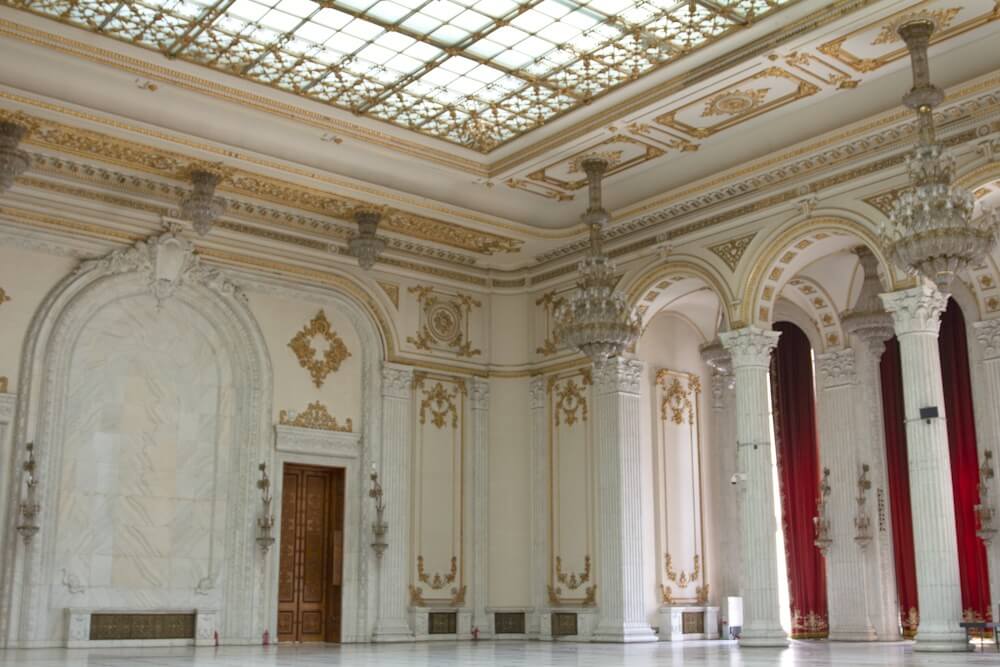 More than anywhere the ridiculous extravagance is seen in the theatre. There are multiple levels, private boxes and plush seats. The theatre has it all. Except a stage. The Parliament’s theatre doesn’t have a stage or a backstage. Something most people would consider important when constructing a theatre. At least it looks impressive. 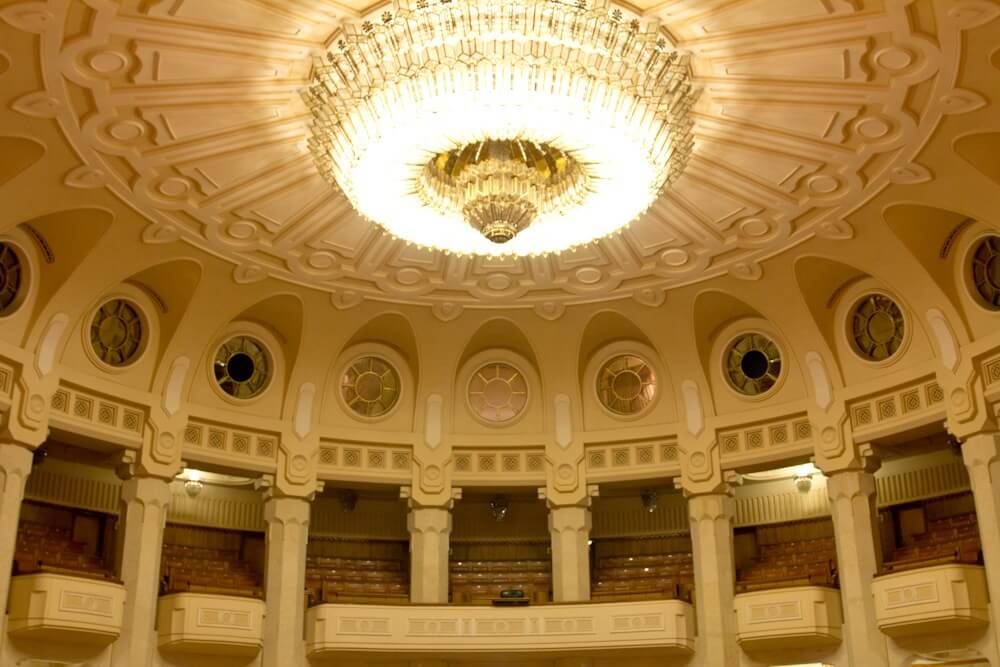 Most of my time in Bucharest was spent getting my Moldovan visa so I didn’t see much of the city aside from this wacky parliament building. The building is incomplete and only a small part of it is in use. Not exactly money well spent. But it’s an interesting place to visit and get an idea of what sociopath Ceaucescu was up to just before he died. 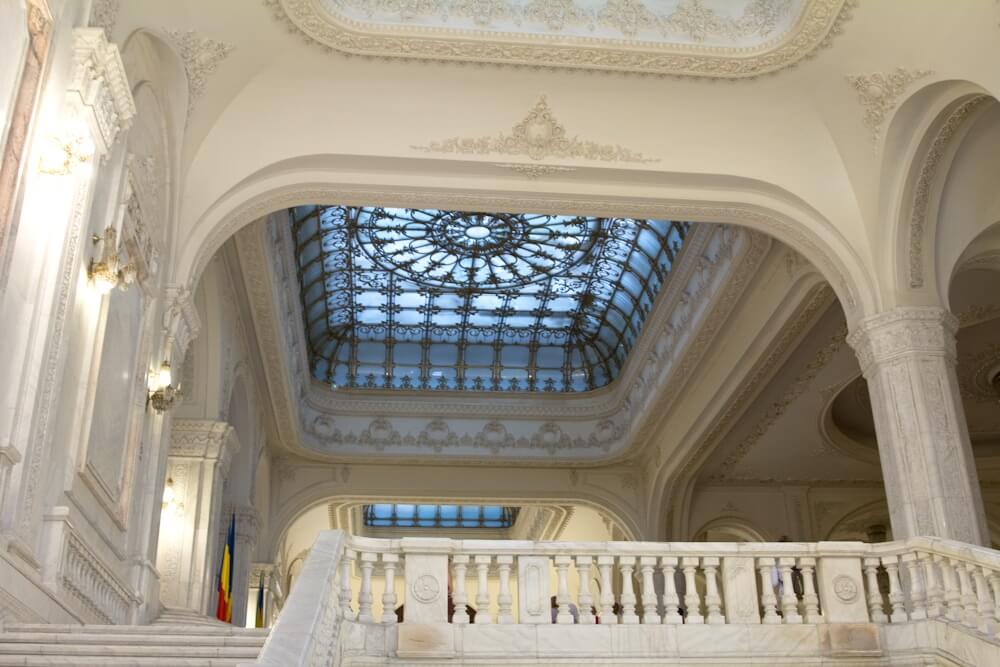 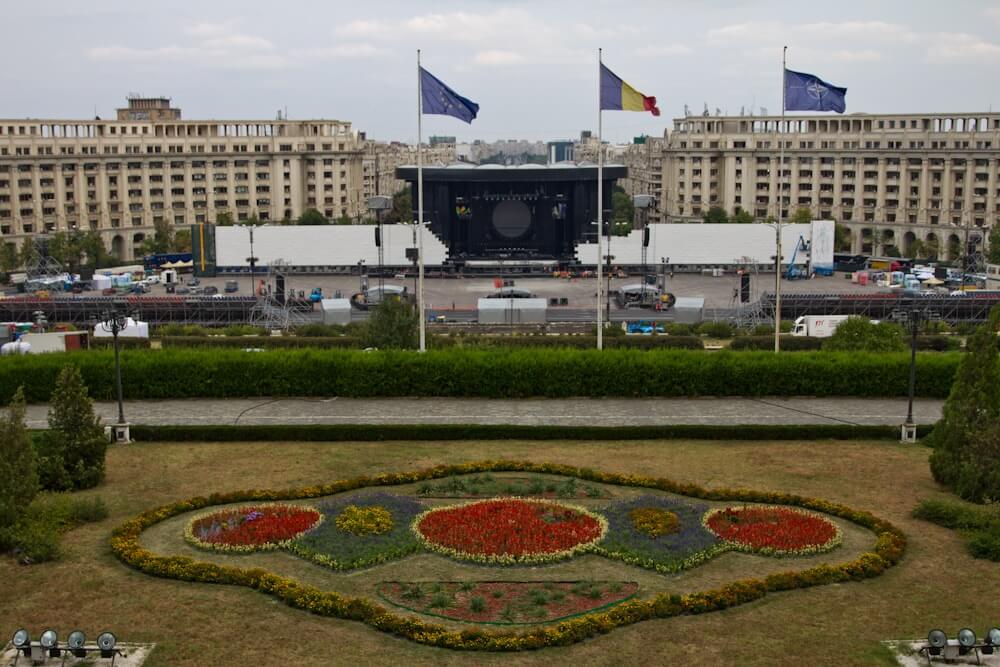