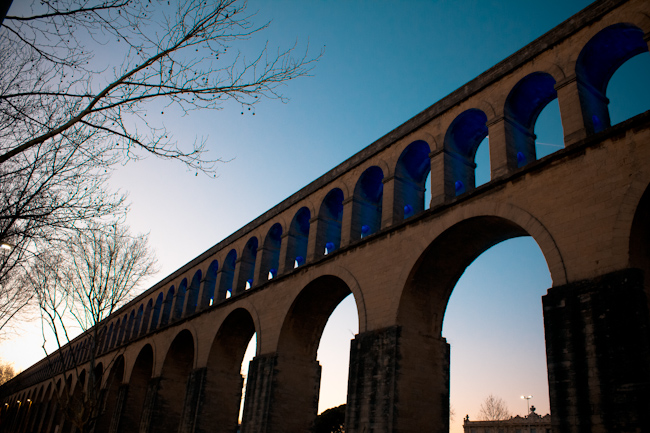 Before moving to Montpellier in 2005, I hadn’t realised that the city isn’t actually situated on the beach. Montpellier is 15kms from the sea so if you want to hang out at the beach you need to head to one of the nearby beach towns; La Grande Motte, Carnon Plage or Palavas Les Flots.

La Grande Motte is the farthest of the three beaches but by far the nicest. The not-quite-white sandy man-made beaches are quiet and calm for most of the year although you’d probably want to avoid it in August; peak holiday season in France. What I love about the Grande Motte is the quirky architecture. Built in the 60s, most of the buildings are in a similar pyramid-like style and even new builds must conform to this 60s look. So what you have is a beach town which is completely homogenous in style instead of the mix and match of architectural styles you see elsewhere. I think many people find the buildings to be ugly but I think they’re fun and quirky and I love that the council is determined to maintain the look of the town. 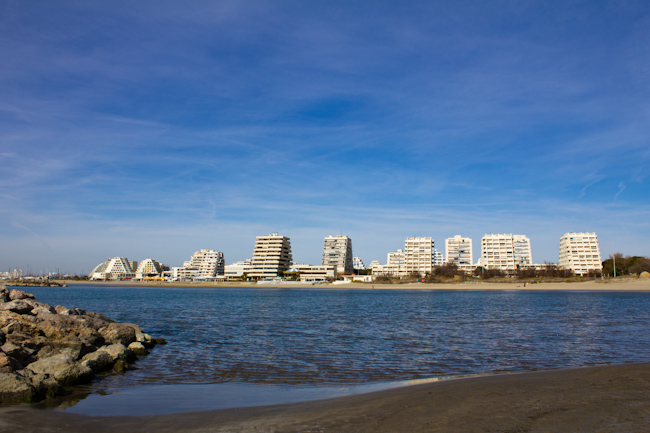 Like much of this region, the beaches are man-made which gives it a kind of fake feel about it but at least it keeps the beach clean and tidy. 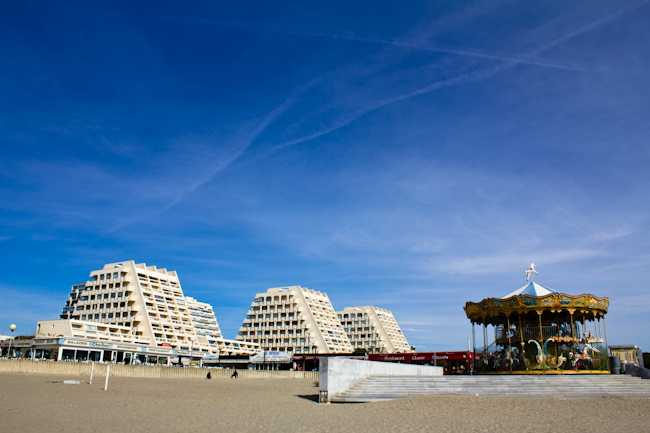 Carnon is the closest of Montpellier’s beaches but the least appealing. It really is an ugly beach with a small unattractive port. There are few cafes and shops by the beach and the houses are situated directly on the beach which I find a little odd. There are few distractions here so it’s the perfect beach if you just want to go jogging or maybe to walk your dog but not so much for sunbathing or having a picnic at the beach. 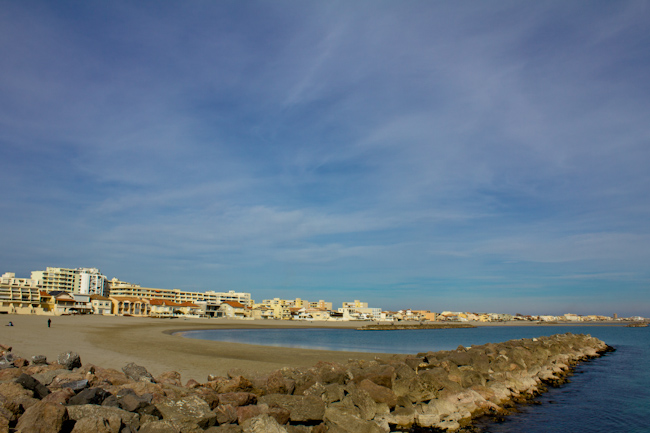 Palavas is a holiday town very popular with French tourists in the peak summer months. This beach is also on the unattractive side and it’s even more built up than Carnon with ugly apartment buildings along the entire beachfront. But it is one of the cheaper beach locations on the Mediterranean so if you’re on a budget this might be ok plus you could go fishing or hiking nearby. Palavas is much older than the Grande Motte and Carnon so there is a mixture of both old and new architecture including the neo-Romanesque church of Saint-Pierre and The Light House. 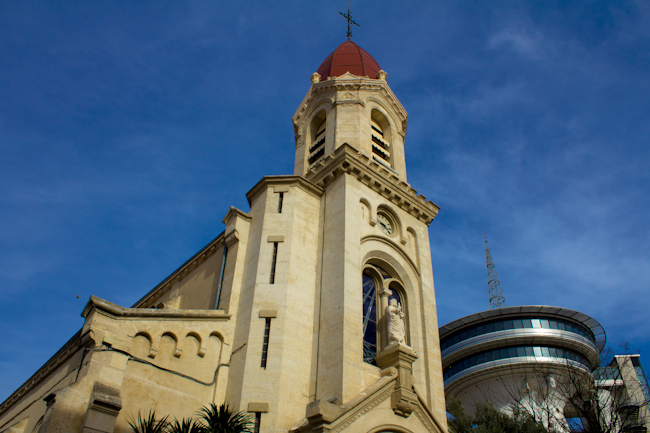 Palavas beach is where I had my first ever Nutella and chantilly cream crepe. It was rich but delicious and the perfect French beach treat so Palavas is not all bad. 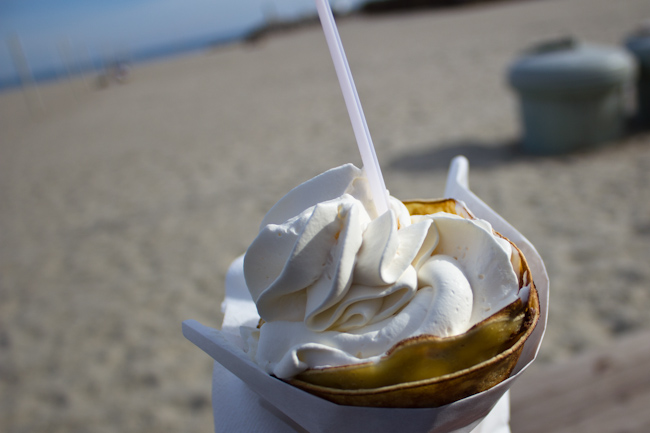 If you have the time and your own transport you can find nicer beaches a bit further away from Montpellier. Espiguette has wide open spaces and isn’t built up at all. There is plenty of topless and nude bathing here and it’s a popular beach with the gay community. Maguelone is another mostly nude beach.

Cap d’Agde Beach, near Beziers, is the largest nudest beach in Europe and one of the nicest beaches in the Languedoc region. It’s around an hour drive from Montpellier so it’s almost a day trip by the time you get there, hang out at the sandy beach, have lunch etc and then drive back to Montpellier but if you want to go completely nude then this is the beach for you. There is a €5 entrance fee to the Cap d’Agde naturist resort and nudest beach but you can avoid this by going via Marseillan beach.

Between Montpellier and the beach you have a number of lagoons famous for its wildlife and in particular the stunning flamingos. The number of flamingos had dropped in the past but recent conservation efforts have seen a steady increase in their numbers. I didn’t see many on this trip but at certain times of the year you’ll see hundreds of them soaking up the sun as you drive around the area. 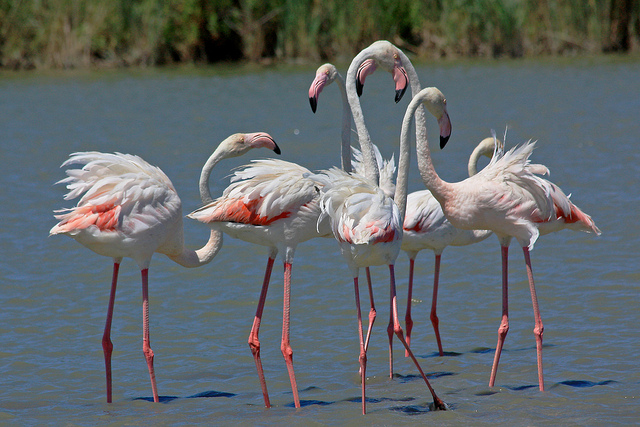 Montpellier is one of the sunniest cities in France which is why I’d recommend visiting in spring or early summer when it’s warm enough to swim but not overcrowded like in July and August. Don’t expect too much as far as beaches go though. It’s very sunny and the sandy beaches are ok but they’re not exactly the most beautiful beaches in Europe.  Each of Montpellier’s beaches are easily reached from the city centre via public transport but I’d suggest hiring a car so you can spend time exploring the wetlands while you are there. 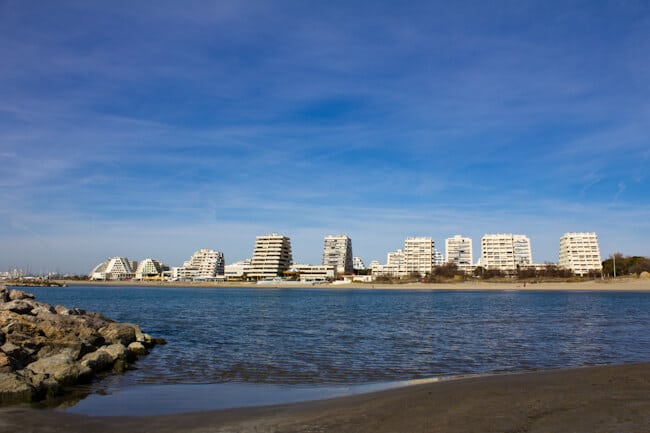